A New Study on Hydrogen Powered Planes by Airbus 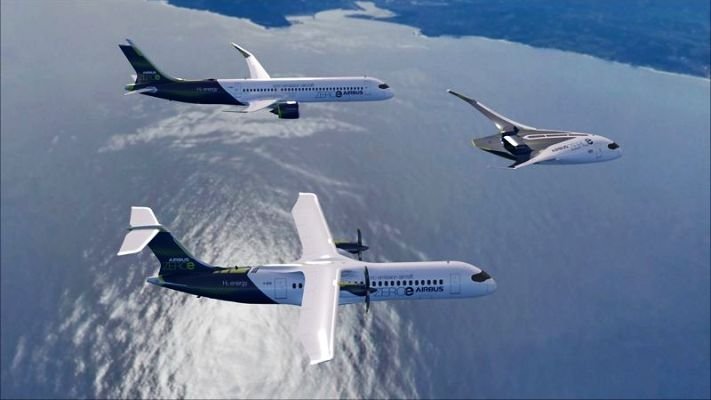 The approaches include a turbofan jet with capacity for as many as 200 passengers — similar to its A321neo narrow-body — that can fly more than 2,000 nautical miles.

It would be powered by a modified gas-turbine engine running on hydrogen.

The manufacturer also showed a design for a propeller plane which would seat about 100 passengers for smaller distances, and a flying-wing concept with 200 seats.

The concepts are collectively known as “ZEROe.”

If the company gets everything right immediately it can consider moving ahead with the “revolutionary” V-shaped model.

While there are different approaches, hydrogen is likely to be used in aerospace and other industries to meet climate-neutral targets, Airbus said.

The company has already said it’s targeting the mid-2030s for the first zero-emission passenger jet.

Developing a hydrogen aircraft on that timeline will be a real challenge because of the massive amounts of infrastructure and government investment required.

The company is under pressure from the French and German governments, its biggest shareholders, to speed development of new aircraft after aiding the plane-maker during the coronavirus crisis.

Together, the two countries have committed some 2.5 billion euros ($2.9 billion) toward cleaner propulsion.