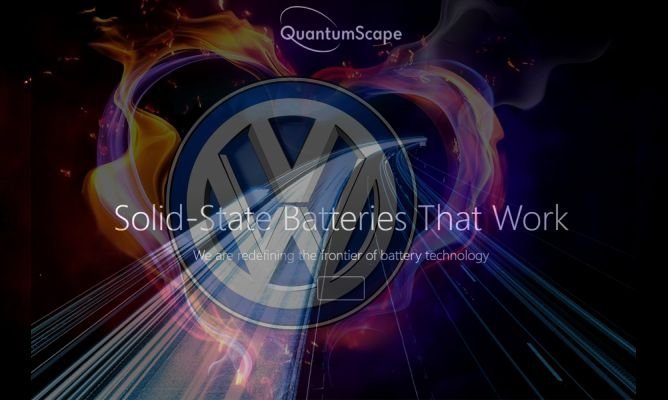 Volkswagen and Quantumscape claimed to have solved a key problem in the development of solid state batteries.

Solid state batteries would give great benefits to both the automotive world and other industries, but have so far been frustrated by the inability to come up with a separator that can keep the battery from failing prematurely.

For multilayered batteries (which would be needed to power an electric car), it claims to have achieved over 800 cycles with similar capacity as the single layered cells.

Being able to produce affordable, energy-dense, powerful solid state batteries would definitely be a breakthrough. It would propel Volkswagen and Quantumscape ahead of the competition if they can get it done in the next 3-5 years like they are saying.

Energy-dense EV battery cells would be a game changer because –

With a solid separator and lithium metals, batteries would be much more compact for the same power output and storage capability. This would bring electric vehicles closer to being able to compete with fossil-fuel vehicles in terms of range and weight.