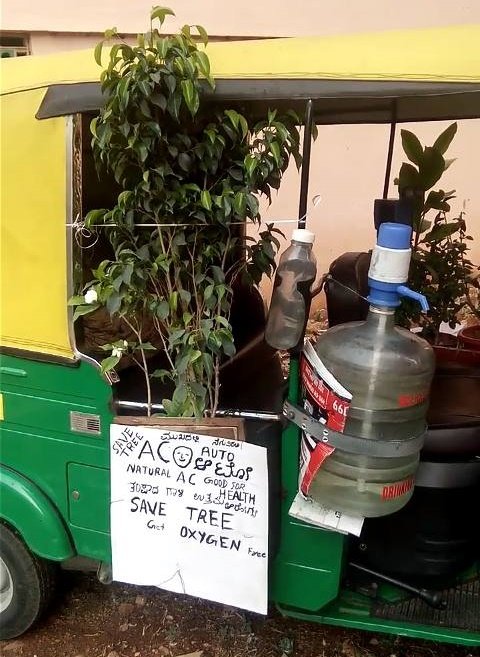 In Bengaluru, there is an auto owned by Narayan V which keeps water for the commuters to beat the heat.

He has put some plants in the auto and has turned it into a mini auto. Narayan V said that he came up with this idea so that his passengers can feel good about the city. As summers set in, days started getting hotter, Narayan said, “Then I thought, why not have plants and small saplings in my auto, which would give a natural AC feeling?”

He said many of his passengers like the idea of putting trees in the auto and encouraged him for doing this. Some tell him to put plants with flowers and give other ideas also. Some of them also ask him to give the saplings and at times he also hands out to them

Emphasising on the importance of plants, he said, “they are the major source of oxygen so I wanted to keep them in my auto to make it environment- friendly”.