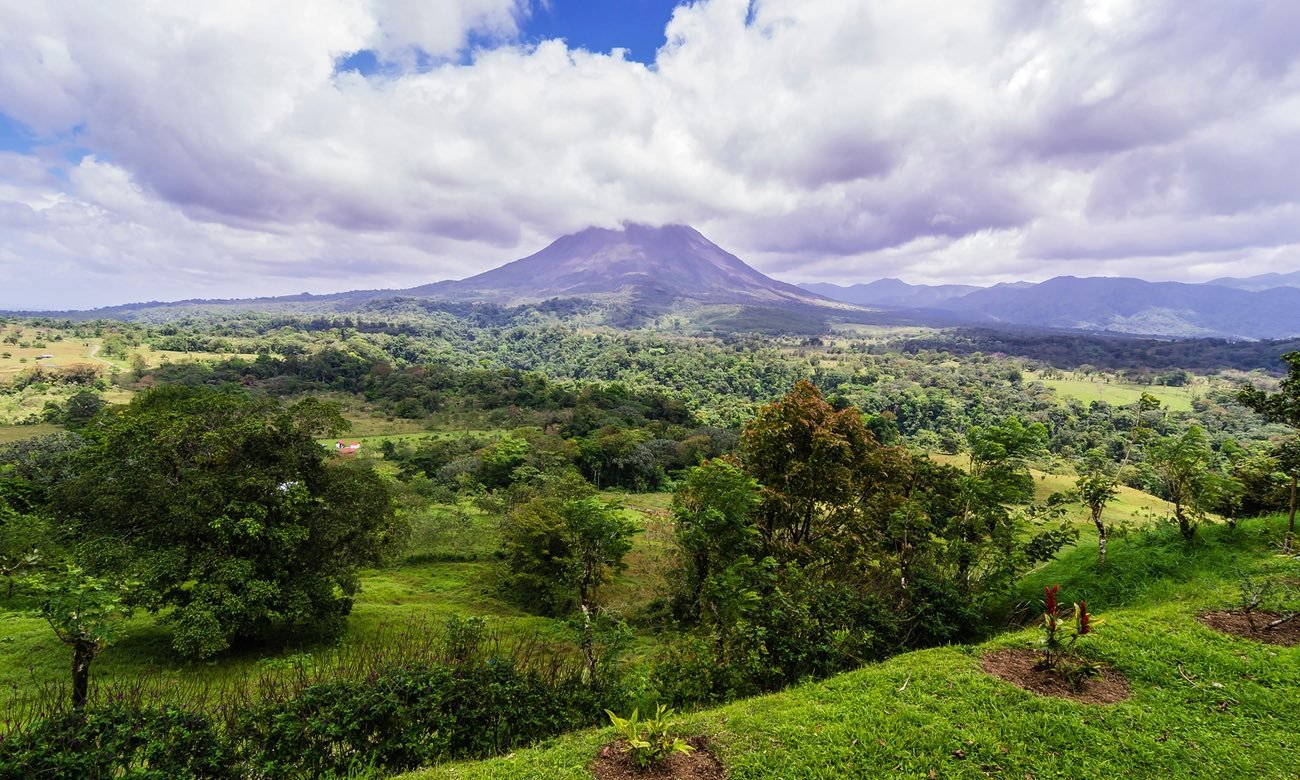 Costa Rica is well on its way to becoming the first developing country to have 100% renewable electricity. Thanks to our hydro, wind and geothermal resources, 98% of our power is already renewable according to official data (Spanish website). This year, Costa Rica had 100% renewable power for 94 consecutive days. This achievement took several decades to build and the next milestone is to ensure that our electricity system is 100% renewable the whole year. This will require us to replace distributed diesel generators – that are used as a back-up source – with distributed, renewable energy resources.

The state-owned Costa Rican Institute of Electricity (ICE) plans to add more hydro, wind and geothermal power plants and retirie the heavy fuel oil-powered Moin plant in 2017. ICE also plan to improve the efficiency of existing plants that run on fossil fuels. For example, by using German technology to increase efficiency at the Garabito plant, it will go from producing 200MW to 280MW.

With Costa Rican citizens and entrepreneurs excited about solar panels, wind turbines, batteries and bioenergy, the country is now on track to have a fossil-free power system by 2025 – probably earlier.

This precedent builds confidence that we could become the first developing country to have not only 100% renewable electricity but also a 100% renewable energy matrix. How can we tap into our agro-residues to replace imported fossil fuels for industrial uses? Why not replace petroleum-powered cars with electric cars? We have seen a new wave of societal pressure to fix public transportation and the government has pledged to deliver an electric train. Getting this done will accelerate our ongoing transition to becoming a 100% renewable energy country.

Monica Araya is founder and director of Nivela and Costa Rica Limpia, a citizen observatory. Follow @MonicaArayaTica on Twitter.

Ironically, some of Afghanistan’s most challenging characteristics support the growth of renewable energy. The fragmented nature of the country – geographically and politically – means that it will always be a big ask to build and maintain the sort of large-scale electricity grid typically powered by coal or gas. Such things depend on good governance and a central authority – not much in evidence in Afghanistan. So decentralised power generation – owned and controlled by local people – which can harness local sources of energy, is more favourable.

Secondly, Afghanistan has renewable energy sources in abundance. Much of the country enjoys high levels of sunshine; its upland areas have decent wind potential, and its rivers can be harvested by small-scale hydro plants. These don’t involve large, damaging dams, but small diversions of enough water to drive turbines producing electricity for a few villages.

That may all sound a little optimistic, but there’s practical work underway. In the northern provinces of Badakhshan and Takhar, 11,500 homes, schools, markets, local businesses and hospitals are currently being supplied with power by a mix of hydro and solar plants. These were installed by the German development agency, GiZ, in close collaboration with both the government and, more importantly, local people, who are trained to operate and run them as semi-independent enterprises. The scheme won an Ashden Award for sustainable energy.

There’s a realistic chance that such schemes could be replicated across swathes of the country. With little in the way of large-scale industry, Afghanistan’s power needs are relatively modest, making renewables even more relevant. And with ongoing political turbulence, rooting such plants in local communities gives them the best chance of delivering power for years to come.

China has emerged as the world’s renewables superpower in less than a decade of highly focused development – the country is the world’s largest producer and user of renewable energy technologies. The official target of the Chinese government is for non-fossil fuels to grow to 20% of total energy consumption by 2030, rising from the current level of 11%. Meanwhile coal consumption is to be capped at 4.2bn tons by 2020. China is also committed to a significant increase of the electricity generating capacity based on renewable sources, doubling wind and quadrupling solar by 2020.

Those targets are likely to be achieved, given China’s track record to date. In fact consumption of coal has already started to decline, a Great Reversal of the trend for the past decade. As a result, revenues, profit, and stock prices of coal and oil companies have all fallen sharply.

There are divergent views in China over the future for renewables beyond 2030. A recent study by the Energy Research Institute within China’s central planning body has made a strong case for renewables to account for 60% of the total energy consumption and 85% of electricity by 2050; while the China Academy of Engineering projects that renewables will account for just over 40% of total energy consumption by 2050 (Chinese article). One conclusion is clear across many studies, though, that it is both technically and economically feasible for China to phase out fossil fuels with cleaner energy sources such as solar and wind.

The trajectory of China’s future energy system is determined by competitive dynamics between the old and the new. China’s coal-fired power stations, currently of about 900GW of capacity, need to be decommissioned over the next decades. China is also building projects such as pipelines that transport oil and gas from all over the world, and the lock-in effect will be a challenge for renewables to overcome.

On the other hand, China continues to invest in renewables at a scale that dwarfs that of other countries. China invested nearly $90bn in clean energy in 2014, or 73% more than the US, building large solar parks in Qinghai and wind farms in Xinjiang and Inner Mongolia, just to name a few. China also leads the world in some key areas of infrastructure, such as high speed railways and smart grid technologies, which will facilitate a new model of energy consumption and supply, and one that makes a break with the system based on fossil fuels.

Hao Tan is a senior lecturer at the faculty of business and law, University of Newcastle, Australia.

With more than 20% of India’s population currently coping without access to electricity, the government has promised to provide all households with constant power supply before the next national election in 2019. Meanwhile, the Make in India campaign seeks an expansion of manufacturing capabilities in the country, which will also depend heavily on – and increase the demand for – access to power.

Development for all is dependent on electricity for all, which will simply not be possible without decentralised solutions, best served by renewable energy sources. Earlier this year, the central government announced an ambitious target of 175GW of renewable energy of which 100GW would come from solar alone, by 2022. But growth in the sector has been relatively slow, considering the immense potential: according to the Indian ministry of renewable energy, the total installed solar capacity crossed over 3GW for the first time in December last year, adding only 886MW in 2014 – in contrast, Tata Solar Power, in a report released in 2014, estimated that India could reach 145GW of solar by 2024. This good news has further positive implications: as solar power rapidly becomes a mainstream energy option, the industry could create over 670,000 new, clean-energy jobs in India.

These positives however, would be impossible to achieve without a paradigm shift in policies that boost the rapidly improving business of renewables. It will be important to ensure that this shift from polluting power to clean renewables is done in a way where citizens are in greater control over their own power supply, as virtually infinite potential from wind and solar energy can truly democratise the generation of, and access to, power.

Albania, a small country of 2.77 million inhabitants, has big potential and an exciting future for renewable energy. Driven by a desire to reduce dependence on imported fossil fuels and promote a secure supply of energy, the government of Albania has been very eager to encourage increased investment in renewable energy and in 2013 a law was passed to promote renewable energy.

Water is Albania’s most important natural resource. At least eight large rivers run through the country, fed by hundreds of smaller streams and total hydropower resources are estimated at 4500MW. In addition, solar energy potential (for both photovoltaics and solar hot-water heaters) is excellent as the country has among the highest number of sunshine hours per year in Europe (an average of 2,400). Wind energy potential for Albania is also very good along the Adriatic coast.

The law on renewable energy was passed two years ago but investment in non-hydro renewable energy in the country is yet to take off. Partly this is because secondary legislation is not yet in place and partly because of lack of private sector awareness of the possibilities available.

John O’Brien is a regional technical adviser on climate change mitigation for the UN Development Programme in Europe and Central Asia. Follow @johnobrien98 on Twitter.