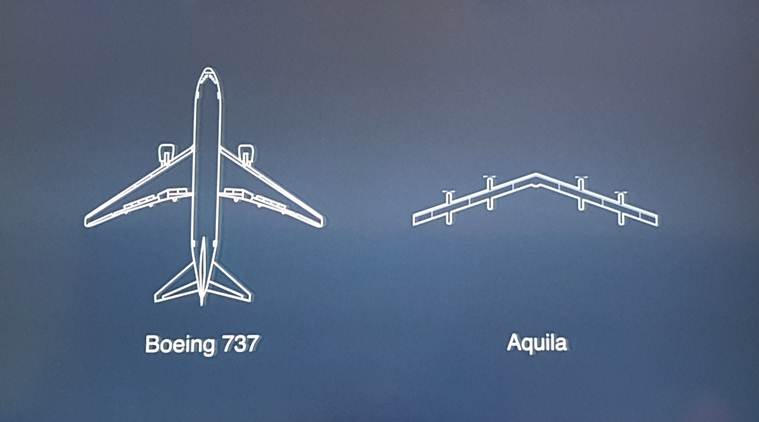 Aquila – a solar-powered aircraft designed to beam the Internet in remote areas – was tested last month. The aircraft flew for a total of 96 minutes, taking off and landing from the Yuma Proving Ground, in Yuma, Arizona.

The high-altitude, long-endurance, unmanned draft has wings of cured carbon fibre and a wingspan longer than that of a Boeing 737 airplane. But it only weighs about as much as one-third of an electric car.

When fully developed, Aquila should be able to circle a region up to 60 miles in diameter at an altitude of more than 60,000 feet. Designed to fly up for to three months at a time, it will consume only 5,000 watts or about as much as three hairdryers.

Aquila was built by a team of experts including aerospace, avionics, mechanical and software engineers, designers, technicians, operators and logistics specialists. Members of the team have previous experience at NASA, Boeing, DARPA, Northrop Grumman, and the British Royal Air Force, among other organisations.

In a blog post, Facebook engineers Martin Luis Gomez and Andrew Cox noted that: “We need to develop more efficient onboard power and communication systems; ensure the aircraft are resilient to structural damage to reduce maintenance costs, and able to stay aloft for long periods of time to keep fleet numbers low.”