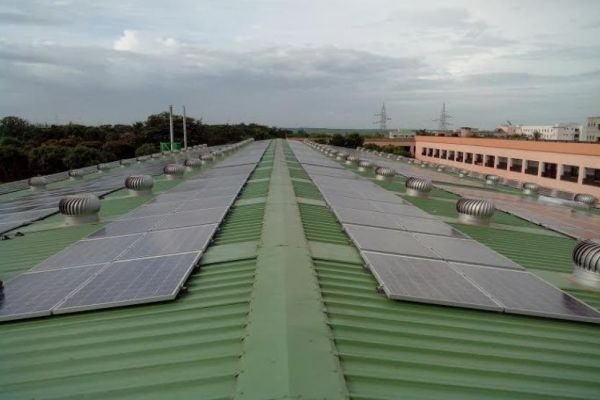 The first project, inaugurated by VP Singh Badnore, Punjab Governor and Administrator of Chandigarh, is a 2 MW system installed at Water Works Station, Chandigarh. Local installer Hero Solar Energy Pvt Ltd built the installation for Chandigarh Renewal Energy and Science & Technology Promotion Society (CREST). The renewable energy ministry of Chandigarh has set an ambitious solar target of 50 MW by 2022. So far, however, only 13.5 MW solar power capacity was connected to the local grid.

Another installation was built in the capital, New Delhi, where one of India’s biggest universities, Jawaharlal Nehru University (JNU) started energy production from a 100 kW of rooftop system. Two separate 50 kW units were installed on an administration building and the School of Social Sciences-III by the company PEC Ltd. The system is expected to produce 120,000 – 150,000 kWh per year.

For these projects, the Ministry of New and Renewable Energy (MNRE) has provided a 30% rebate to cover the costs for buying and installing the systems. Thus, the institutions with the government support, may come closer to India’s unrealistic target of 40 GW solar roof-top capacity by 2022.

The Standing Committee of Energy, MNRE, addressed the issue in the Indian Parliament on 31 July 2017, stating “The Committee feels that the rooftop solar target of 40 GW by 2022 is unrealistic and it is highly unlikely that this target will be achieved.” The Committee, therefore, recommends that the target of 40 GW through rooftop solar projects should be reconsidered”, the report said.