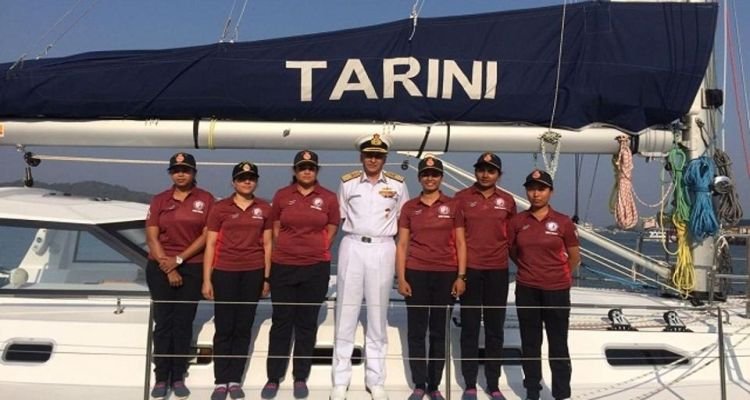 A team of six all-women Indian Navy officers embarked on a journey across the globe on their sailboat INSV Tarini.

They sailed off on Sunday from Goa and will return next year in March. In eight months, they hope to cover a distance of 21,600 nautical miles.

The mission, called ‘Navika Sagar Parikrama’, is led by Lieutenant Commander Vartika Joshi, and was flagged off by Defence Minister Nirmala Sitharaman. During their journey, the crew will make four stops in different countries – Fremantle in Australia, Lyttleton in New Zealand, Port Stanley in the Falklands, and Cape Town in South Africa. The officers will sail through three oceans – Indian, Pacific and Atlantic.

The expedition would encourage the use of environment-friendly non-conventional renewable energy resources that affect the lives of women. The crew will also update the meteorological /ocean/wave data regularly. Marine pollution on the high seas will also be monitored by them.