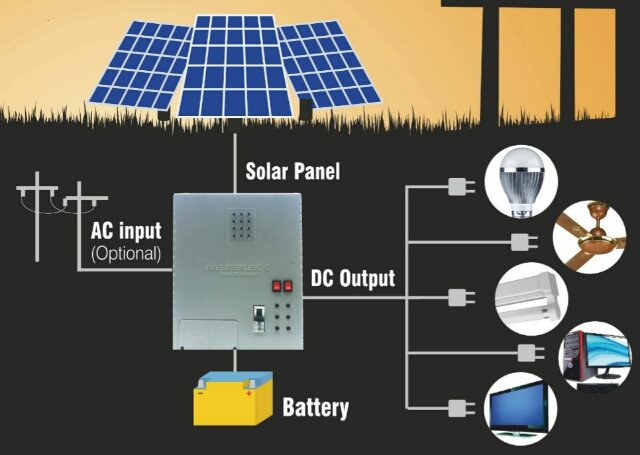 The solar system was installed in all the houses by June this year and the performance and health of all the installed systems are being monitored remotely, with data being collected via mobile phones and synchronized to a central server.

Cygni Energy used “Solar DC Inverterless technology” in the 300 homes of Devarakonda, Telangana and showed how, with a small 125W solar panel on the home rooftops, the dynamics of electricity in India could be transformed.

Solar DC Inverterless system comprises of a 125Wp Solar Panel, a 1kWh battery, an Inverterless controller unit and DC loads operating on a 48V DC internal distribution line, were installed in all houses. It powers a DC fan, a DC tube light, two DC bulbs, a DC mobile charger, a DC power socket and a remote controller to operate the fan and tube light.

The entire project was funded by Verizon Data Services which invested Rs 75 lakh in it.

Ramunigundla Thanda, Kesya Thanda, Jogi Thanda and Mantriya Thanda are the four rural hamlets of Devarakonda Mandal in Nalgonda district of Telangana, about 100 km from Hyderabad which will be illuminated under this proposal. These hamlets together have around 300 households, most of which fall under ‘Low Income’ Category.