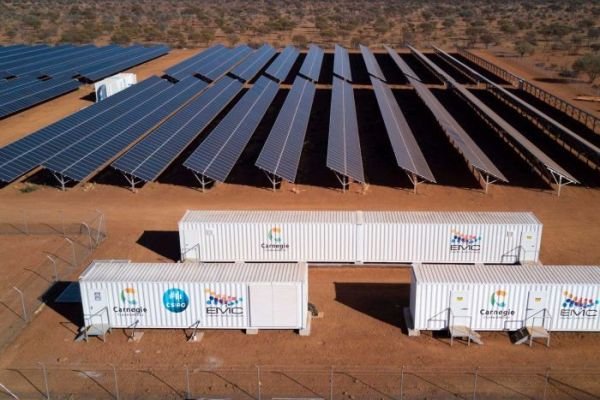 The CSIRO is partnering with small Australian firm Energy Made Clean (EMC) to develop the world’s first hybrid renewable power generation installation for radio astronomy of its kind.

CSIRO executive director of national facilities, David Williams, said the MRO’s remote location was the impetus for the development of the world-first renewable energy system.

“The telescope site is 300 kilometres from power so we had to build our own power source,” he said. The CSIRO said modelling indicated the use of a solar photovoltaic system with a battery could cut diesel consumption by 700,000 litres per year, amounting to a $500,000 annual cost saving.

It is estimated the renewable power system also has the potential to save between 1,700 and 2,200 tonnes of carbon emissions per year.

EMC chief executive officer John Davidson said the system had other applications and the company was exploring opportunities for enclosing clean energy equipment in shielded enclosures.

“The engineering expertise we have developed will carry us into future projects,” he said.

When the company started working with the CSIRO on this Murchison project, it had 10 employees but after being awarded the project from an open tender process, the workforce has grown to 50 employees.

During the life of the project, EMC was acquired by ASX-listed company Carnegie Clean Energy and now has 100 employees.