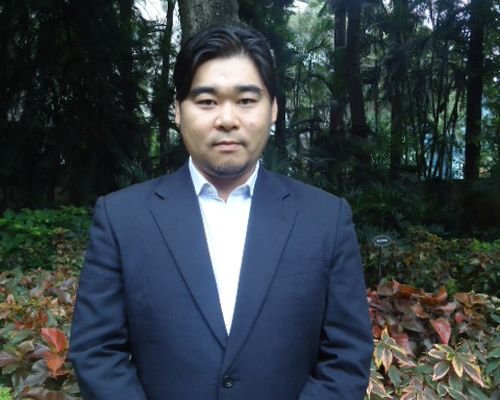 Ahmedabad will be among the first Indian cities to have ‘Smart’ roads with the launch of a customized Intelligent Transportation System (ITS) designed to streamline traffic movement and optimise road occupancy, reveals Chikara Kikuchi, MD, Zero-Sum ITS Solutions – the company behind the launch, in a chat with Clean Future.

Give us a brief profile of your company and your business objectives in India?

Zero-Sum ITS Solutions India Pvt Ltd is an ISO 9001:2008 certified company which is headquartered in Bangalore. We are a subsidiary of Zero-Sum Ltd. Japan. Our Indian company was incorporated with the goal of developing and implementing of intelligent transportation and traffic solutions that are customized for road and traffic conditions of the Indian subcontinent.

These systems can be used by both central and state government agencies in addition to other agencies like the traffic police and transport authorities for the regulation and optimization of traffic flow in their respective cities.

Could you share the details about the launch of your Intelligent Transportation System (ITS) solution at Ahmedabad?

We will be launching our customized Intelligent Transportation System (ITS) solutions on Ashram Road, the business district of Ahmedabad and Riverfront Road, the flagship riverside road of Ahmedabad. With the launch of the ITS solution, both the roads will be converted into the first ‘Smart’ Roads in the city.

The ITS solution is being launched with the key goal of enabling real time decision making to road users by providing them with real time traffic information and for the first time in India, providing road users with ‘Recommended’ route information.

The recommended route information will provide traffic information on current route and all alternate routes on the entire stretch of Ashram and West Riverfront Roads, thereby optimizing road occupancy and usage by routing traffic to less busier stretches of the road enroute.

Please explain the working of your ITS solution in real time. What will be the accrued benefits for end users?

The system gathers real time traffic data through eighteen camera-based traffic sensors which are positioned strategically. They process this information in real time over a cloud based data control center which then analyses the traffic on the roads and creates alternate route recommendations.

These recommendations are then disseminated to the road users through seven full colour digital Variable Messaging Sign (VMS) boards of 7×3 meters, that have been installed around two hundred meters before key road junctions across both Riverfront and Ashram roads.

This will provide road users with enough time to see and comprehend the recommended routes and change course accordingly to reach their destination, thereby also enabling a shorter travel time and also result in a substantial fuel saving.

While commuters are central to the ITS solution, we are also trying to better aid the work of the traffic police and help ease traffic congestion.

How did your company bag this contract? What are the key modalities of the contract?

Zero-Sum ITS Solutions India Pvt Ltd. was awarded with the implementation of the ITS solution by Sabarmati Riverfront Development Corporation Ltd, (SRFDCL) a company created as a special purpose vehicle of the Ahmedabad Municipal Corporation (AMC)for the development of the Riverfront Road in Ahmedabad.

Our parent company in Japan  has already implemented an ITS solution across the 132 Feet Ring Road of Ahmedabad in 2014, which was well received by the Ahmedabad Municipal Corporation and the public of Ahmedabad, thereby providing encouraging feedback for SRFDCL and AMC to replicate the solution across Ashram road and Riverfront roads of the city.

However we have managed to make further improvements in the ITS solution to not only provide real time traffic information but also provide a simulated alternate route recommendation for the very first time for any company in India.

The project has been awarded to us under a PPP (Public Private Partnership) basis, with the responsibility of implementing the solution on a Build, Maintain, Operate and Transfer basis, with the period of operation and maintenance set for thirty-years.

How does your company stand to benefit under this arrangement in terms of RoI?

During the operation and maintenance period, Zero-Sum ITS Solutions India Pvt Ltd. has been granted the license to display commercial advertisements on fifty percent screen space on all seven of the digital VMS boards erected on Ashram and Riverfront Road.

The revenue garnered through the display of such commercial advertisement will be retained by Zero-Sum ITS Solutions India Pvt Ltd to offset their investment in this project.

Is this system completely automated in terms of its working or is there a human interface involved to supervise its operation?

The solution is completely automated, requiring no intervention for the operation of the system either by the civic agency or the traffic police, thereby enabling them to utilize their time better for more crucial activities.

The advertisement system that is built into the model, offers unique advertising opportunities to companies, government agencies, media agencies and OOH agencies. The LED information boards can be used to display government announcements, CSR messages, and other advertisements, alongside the traffic information display board.

The digital OOH advertisements, unlike physical OOH displays, need very less turnaround time and can be made live almost immediately.  It even offers advertisers to create OOH campaigns based on time, location, event, scheme or festival.

More importantly this display medium can also be used by organizations for promoting and educating road users on road safety through their own CSR programs.”

What has been the initial response from the people of Ahmedabad to the first phase of the project?

We have received an overwhelming response to the first phase of the project in Ahmedabad. The city and its people are increasingly becoming digitally-savvy. We would like to contribute to building the reputation of Ahmedabad as a truly smart city, by helping its people choose the right roads to commute and use the time thus saved to enhance their productivity and in turn, contribute to the growth of the city.

We are excited to see how the second phase of the solution pans out for the city. We are deeply passionate about improving the traffic conditions in India. The VMS information boards, displaying traffic information are LED boards of 7/3metres in size, placed strategically before key decision making points on Ashram and Riverfront Roads.

They will display real time alternate route recommendations to the commuter, a feature that is first of its kind in India. This information will help commuters to avoid junctions with heavy traffic jams and take an alternate route.