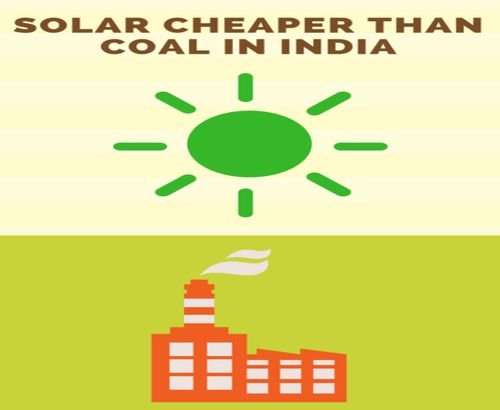 During an auction conducted last week by the state-run Solar Energy Corporation of India (SECI) for 1,000 megawatts (MW) of wind power installations, tariffs fell to a new low of Rs2.64 per unit, down 24% from even the previous low of Rs3.46.

The prices are now competitive with the solar energy segment which hit a record-low of Rs2.44 per unit in May, also during auctions conducted by SECI. Renewable energy in India is now cheaper than coal-based power, which costs around Rs3.20 per unit.

Earlier this year, the Narendra Modi government had amended the method to determine wind energy tariffs, allowing the market to fix prices rather than having a regulator do it. This new system has led to a slide in prices. The main reason for this fall is increased competition.

Following the introduction of the new tariff-determination system, the central and state governments—at least until last week—hadn’t conducted any wind farm auctions, leaving companies without a pipeline of projects to work on. Energy distribution firms have also wanted to pull out of previously-signed power purchase agreements (PPAs), instead pressuring power firms to sell at the newly-discovered low rates for renewable energy. As a result, the sector has seen a sharp fall in new capacity additions in 2017 compared to the previous year.