Coimbatore to set up two solar power plants at Rs 5.5 crore each 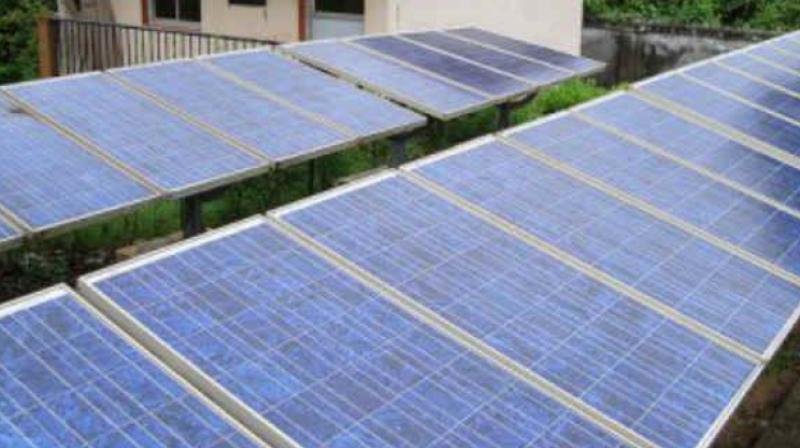 The city corporation plans to tap solar energy to bring down its electricity bills by setting up two plants of one megawatt capacity each at Ukkadam and Kavundampalayam.

Tenders for the project were floated on Monday. The panels will be set up on a 10-acres land at a cost of Rs 5.5cr each, corporation sources said.

The two solar panels are expected to produce 4,000 units each per day. “These two panels will be connected to the electricity board sub-station and the power generated will be transferred to the grid directly. The Tamil Nadu Generation and Distribution Corporation has been informed about the project and they have agreed to support us. The formal papers will be submitted soon,” said executive engineer of the west zone Saravana Kumar.

As per corporation officials, this was the first time in Tamil Nadu that an urban local body is setting up solar panels to generate electricity. “Most government buildings have such panels. But, setting up huge plants exclusively for power generation will be for the first time,” said a corporation engineer.

As per one of the officials, the corporation pays nearly Rs 1cr for pumping and treatment of drinking water at Pillur and Velliangaadu. Also, another Rs 30 lakh is spent for paying electricity bills of the treatment plants. “These solar power plants will be connected to the grids and can be used only for high tension (HT) services. So, the power may be transferred to these locations or just adjusted in the bills,” said an official.

The project was announced in 2014, but could not be taken up due to funds crunch. Later, it was added in the smart city project. It will be completed within four months once the contractor is finalised, corporation officials added.