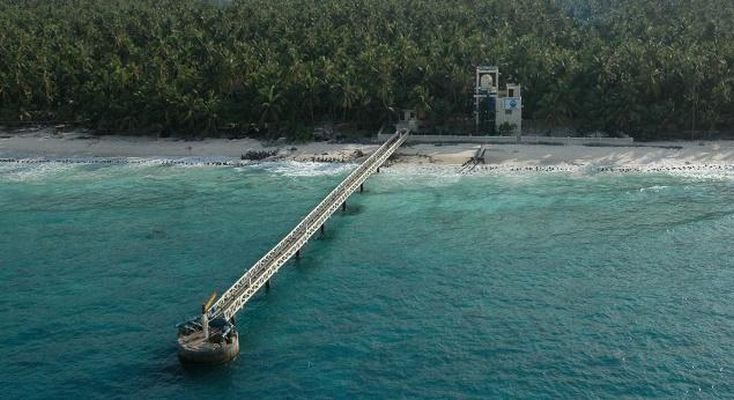 The National Institute of Ocean Technology (NIOT) has submitted a detailed project report (DPR) on setting up an offshore desalination plant, for which a deep sea site that is 40 km from the Ennore coast has been finalised.

Unlike the existing desalination plants in Nemmeli and Minjur that uses Reverse Osmosis (RO) technology to separate fresh water from seawater, this plant will use indigenously developed low temperature thermal desalination (LTTD), which is an environment-friendly technology.

The LTTD utilises temperature difference between surface water and deep sea water. In this methodology, the warmer surface sea water is made to evaporate at low pressures and the vapour obtained is condensed using the colder deep sea water to get potable water.

Ocean scientists are also exploring the possibility of powering the proposed desalination plant with electricity generated through ocean thermal energy conversion (OTEC), instead of diesel, which will drastically reduce the operating cost of the plant. This makes the project the first of its kind in the world. The OTEC uses the ocean thermal gradient to produce electricity. It would be a 10-MLD (million litres per day) capacity plant costing an estimated `2,000 crore.

The initial high capital cost is due to building of an offshore platform. Otherwise, the technology is very economical and environment-friendly. Three 1 MLD desalination plants using LTTD technology are already operating in Kavaratti, Minicoy, and Agatti islands of Lakshadweep. Six more are planned at Amini, Chetlet, Kadamath, Kalpeni, Kiltan and the Andrott islands. The use of OTEC for Chennai plant depends on the budget sanctioned