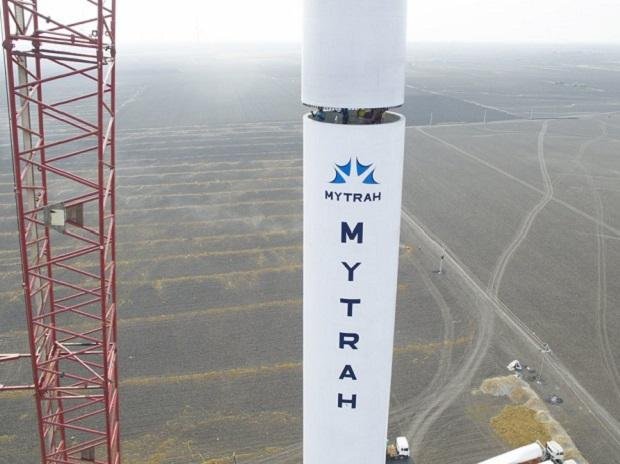 The company will focus developing a technology bone, particularly artificial intelligence, for predictive analysis and forecasting and efficient running of wind assets. The wind power turbines throw up 300 data points every 10 seconds and using this data, Mytrah wants to come out with the best settings. This tool will be an integral part of the company’s offerings.

Mytrah also has the largest wind data bank in India for about 15,000 GW for wind power, being the only independent power producer with over 200 wind mast locations across the country.

In addition to growing its wind power business, the company is also developing its presence in solar power with power purchase agreements (PPAs) signed for 422 MW in Telangana, Punjab and Karnataka and has started construction works at several sites in Telangana and Punjab.

The company has recently erected and commissioned the tallest met mast (160m) in the Asia Pacific on November 16 at Kayathar in the Tuticorin belt, Tamil Nadu. With this, Mytrah broke its own record of installing a 150m mast, which was set in October, and was the tallest such mast commissioned in India and the second tallest in Asia.