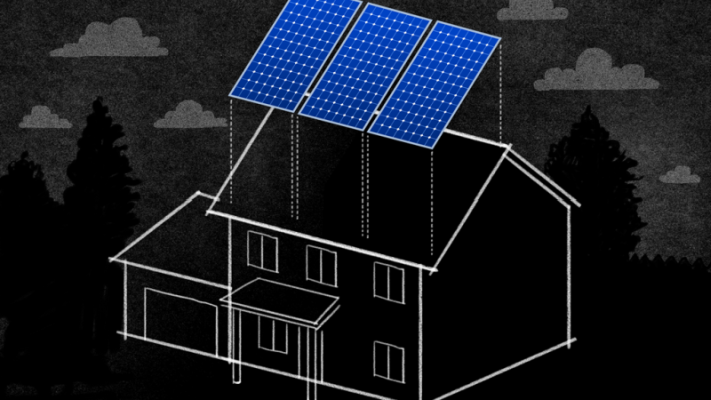 According to Bloomberg New Energy Finance (BNEF) installations of solar rooftop panels in India have been doubling every year for the past few years and have increased more than three times in the financial year ended March 2017.

In the next five years, India will need to invest USD 23 billion to meet its target of 40GW of rooftop photovoltaic installations by 2022. Rooftop solar in India will grow inevitably with or without the support of power distribution utilities. Its an opportunity for the distribution companies to diversify and start their own businesses in that area rather than lose customers to other rooftop developers.

However, there are experts who say there is still a long way to go. “Largely, the problem comes down to the fact that almost 40% of the ambitious target of 100 GW from solar by 2022 has to come from rooftops. Against that, what we have achieved by the end of September 2017 is barely 1.7 GW across the country, in the rooftop sector.

Presently, policymakers are looking at enhancing output from rooftop solar. Renting rooftops is one such step. This policy will help solar rooftop developers to partner with people that have the rooftop real estate but are not keen on investing their own money on energy projects, thus unlocking potential from an untapped segment in the renewable industry.

Currently, there are two models in India — the CAPEX model, where the owner of a building or commercial space invests in the rooftop and owns it, and the Renewable Energy Service Company (RESCO) model, where a developer would put his asset on the rooftop and sell power to the owner of the premise. As of now, 60% of the installed 1.7 GW is in the RESCO model and 40% in the CAPEX model.

“Under ‘rent a roof’, anyone can take a roof. Right now, net metering is happening but it is for the individual household to go for it on its own. After this, all the responsibilities such as maintenance will be with the developer. In a net-metering system, a consumer is only billed for the electricity consumed after deducting the power generated from one’s solar rooftop panels that is supplied to the grid.

For India’s solar power targets to be met, the rooftop piece will have to take off. However, there are concerns as India is not expected to achieve even half of the solar rooftop targets by December 2021.

The industry has welcomed the move. “We welcome the ‘rent a roof’ policy by the government wholeheartedly. This will empower the solar energy industry to penetrate at the grassroots level and give every home a chance to be energy independent. However, it is essential that the government defines the framework clearly as there would be many stakeholders involved in the process.