Rs.233.57 Cr. for the protection of Majuli Island in Assam 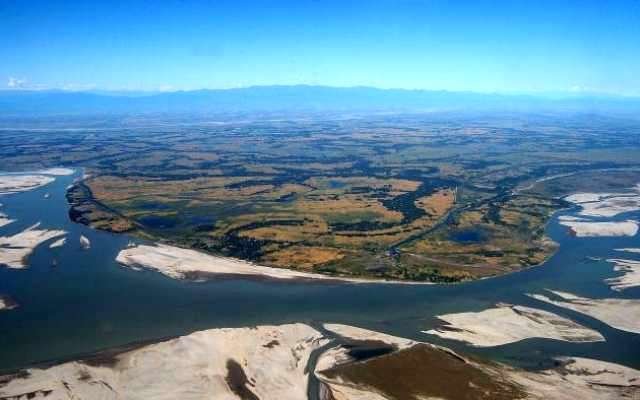 The Union Minister of Water Resources, River Development and Ganga Rejuvenation Shri Nitin Gadkari has introduced a new scheme for protection of Majuli Island in Assam from flood and erosion of river Brahmaputra, at an estimated cost of Rs. 233.57 crore.

The scheme has been framed by Brahmaputra Board based on the recommendations of the high level Expert Committee of the Government of India that visits the island at least twice a year to monitor and recommend anti-erosion measures.

The major components of the scheme include

(b) RCC porcupine works in 41 locations

(c) Construction of a sluice and

(d) Construction of a Pilot channel for a length of 3.50 km. The scheme was sanctioned by Government of India in March, 2017. The funding for the project would be from Ministry of DoNER.

The area of the island was 734 sq km in 1914. As per Survey of India topo-sheets and satellite imagery data, area lost by the Island is 206.7 sqkm from the year 1949 upto the year 2004. Although some measures were taken in the form of embankment and anti-erosion work by Government of Assam, the problem of erosion and flood remained mostly uncontained.

Brahmaputra Board was initially requested by Government of Assam in 1999 to take up necessary measures for protection of the Island. Formal ‘No Objection’ of Government of Assam for execution of flood and erosion protection works in Majuli Island was communicated in August 2003. Work was started by Brahmaputra Board in January 2004 in 4 phases. The total expenditure incurred in these 4 phases up to October, 2017 is Rs. 185.88 crore.

Major works carried out under these schemes includes raising and strengthening of 96.25Km embankment with breach closure at 24 locations, construction of 5 spurs with Boulder and Geo-bag, construction of noses of land spurs at Sonowal Kachari & Kandulimari, numerous RCC porcupine screens, spurs etc at erosion affected reaches, bank revetment for a length of 4.11 km at 4 locations and 5 numbers of raised Platforms.