Solar employs more than Apple, Google, and Facebook combined, in US 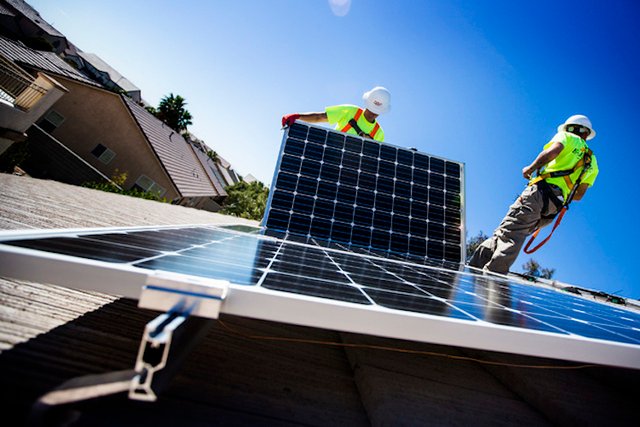 The rapid rise of solar power is one of the most astonishing transformations in the history of global energy use.

A decade ago, solar photovoltaics (PV) was just a tiny sapling, easily dismissed by fossil fuel advocates. Today, after a remarkable 30-fold increase in PV sales in just nine years, it has become a giant forest.

Last year alone saw a stunning jump in annual global PV demand of more than 50 percent. And this demand for solar power will continue to rise. This transformation has been driven by steadily plummeting costs for solar (and other enabling technologies). Indeed, India’s Minister for Power, Coal, New & Renewable Energy and Mines reported Tuesday on a record low price for solar power in a competitive auction: 3.15 rupees (5 U.S. cents) per kilowatt-hour.

As of 2016, California has just over 100,000 solar jobs — a one-third increase over the previous year. The country added a record 50,000 solar jobs last year. The U.S. solar industry currently has more than 260,000 workers nationwide.

The solar and clean energy revolutions are unstoppable at this point, but which country ends up with how many of those jobs is still very much in question.