Solar power will SAVE Rs 1.5 crore for Pune division of Railways 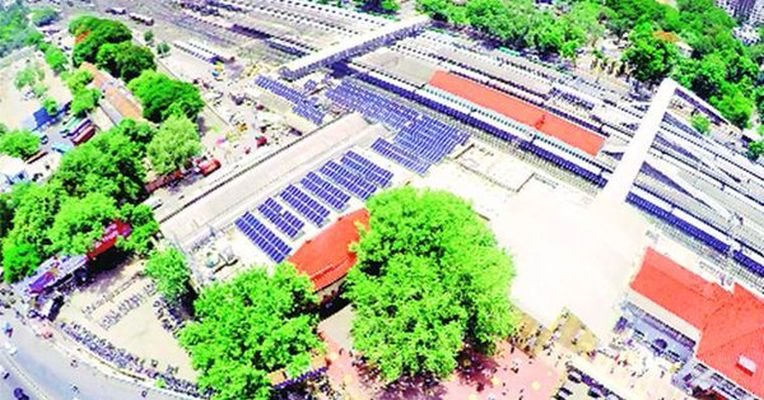 Solar panels were first installed at reservation and booking offices at Pune station in 2016. Since then it has come a long way, today Pune station is generating more than 2lakh kilowatt (KW) of solar power, senior officials have said that equipment capable of generating 1.2 MWp (megawatt peak) of power will be installed at different spots under Pune division of Indian Railways.

In order to save power, the division has signed an agreement with Energy Efficiency Services Limited (EESL) according to which all the electrical gadgets like fans, air conditioners etc, installed at different offices under the division, will be replaced by energy-efficient ones. This will result in saving of 7.31 lakh KW of power and lead to a saving in revenue of Rs 61.39 lakh yearly.

Central railway has been allotted 9.2MW of solar power. Out of this, 1.115MW will be generated in Pune division. Railway sources said solar panels will be installed on overhead sheds of platforms 4, 5 and 6 under the Pune station.