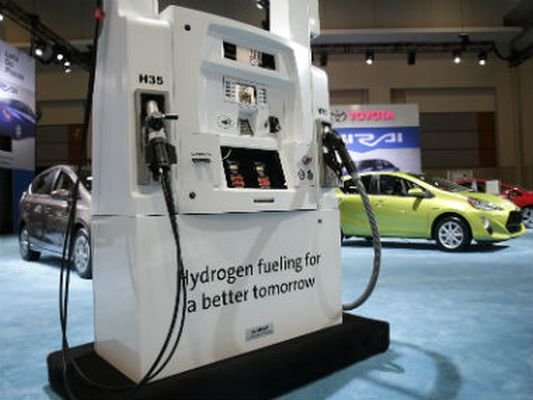 Hydrogen is considered one of the best sources of green energy. But economic production and storage remain major challenges in propagating this green fuel. Scientists believe that developing specific catalysts could help produce hydrogen from cheap starting materials.

A research team led by Dr. E Balaraman at National Chemical Laboratory (NCL), Pune has developed a new strategy to replace expensive noble metal catalysts with an iron catalyst for production of hydrogen gas. The process, they claim, is economical and sustainable. The study was published in journal Nature Communications.

Researchers used abundantly available alcohols such as N-heterocycles and amines as starting reaction materials, along with the iron catalyst synthesized in the laboratory. Argon gas was then passed through the reaction tube to create inert reaction conditions in place of air. This reaction mixture was refluxed to get maximum conversion of starting material, resulting in the generation of hydrogen.

Hydrogen gas generated from various organic transformations indicated the successful performance of the new catalyst. “After completion of the reaction, the catalyst can be recovered to reuse for further reactions, simply by using a magnet,” Garima Jaiswal, a member of the research team, told India Science Wire.

Inspired by naturally occurring hydrogen processing in anaerobic bacteria, protozoa, fungi, and algae, chemists have been trying to design new catalysts. However, designing new catalytic systems based on abundant and inexpensive starting material is challenging.

It is known that removal of hydrogen atoms from an organic molecule can be achieved either by the use of strong oxidants or sacriﬁcial hydrogen acceptors, which often produce plentiful waste. In the new study, the catalytic material was obtained by thermally pyrolyzing iron complex using a unique core-shell architecture composed of oxide as a shell and carbide as a core of iron.

“The economics of hydrogen energy depends on the cost of starting material and the entire process. When we observed that alcohols could give rise to hydrogen by a simple reaction, we were excited. This reaction could be important because there are several types of alcohols which are available in abundance and can be obtained from indigestible biomass such as lignocellulose and some are presently considered as waste in chemical industrial sectors. By further fine-tuning the catalyst, if we can achieve production of hydrogen gas from such alcohols, we have the potential to convert waste into fuel,” said Dr. Balaraman.

Researchers point out that energy storage and use of abundantly available feedstock as a carbon source are the two main issues of challenge in developing economical green fuels. “The use of hydrogen will diversify energy sources and will reduce pollution and greenhouse gas emissions during energy conversion. We believe that our strategy may solve the issues related to energy and environment,” said Dr. Balaraman.

The research team included Garima Jaiswal, Vinod G Landge, D Jagadeesan & E Balaraman. The study was funded by Science and Engineering Research Board (SERB) of the Department of Science and Technology (DST) under its start-up grant for young scientists.