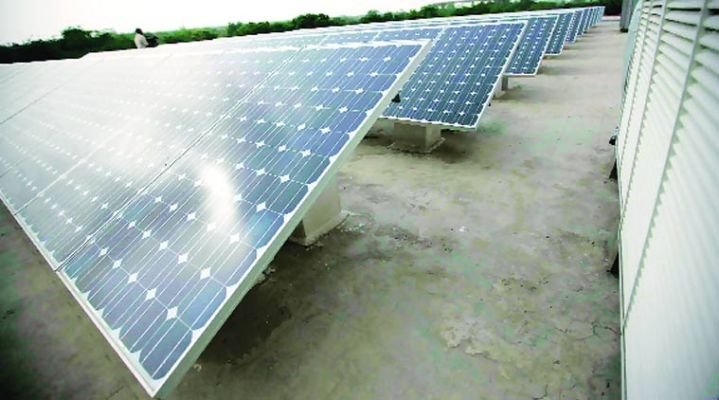 Surat, the Diamond City is among one of the few cities in India to have met the expectations in the field of renewable energy after the launch of ‘Smart Cities Mission’ by GoI in 2015. The guidelines of the ministry of urban development (MoUD), which identified 100 smart cities in the country, said at least 10 per cent of the smart city’s energy requirement should be met by solar power only.

Surat Municipal Corporation (SMC) had sought out project management consultancy of The Energy and Resources Institute (TERI), New Delhi, for carrying out feasibility studies and implementation of solar and energy efficiency projects. TERI estimated that of the rooftop potential of 11,924 mega watt (MW) to be distributed among various smart cities of the country, nearly 418 MW or 3.5 per cent existed in Surat.

The solar revolution under SMC kick-started with the launch of solar rooftop programme in September 22, 2016, and a website launched to create awareness on grid connected rooftop (GCRT) system. A team of 200 solar friends were appointed for spreading awareness on GCRT system, which resulted in Gujarat Energy Development Authority (GEDA) declaring SMC as the nodal agency for receiving all applications regarding installation of GCRT in the city.

SMC successfully achieved a massive GCRT installed capacity of 3.67 megawatt peak (MWp) on various government buildings. More than 3,600 applications had been received for cumulative installation of more than 15 MWp, including both residential and non-residential consumers. Of these, more than 800 installations of approximately 5 MWp have been completed.

Till date, the city has achieved total energy conservation of 107.18 gigawatt hour (GWH) per annum worth Rs61.13 crore, which includes 32.18 GWH per annum through energy efficiency measures and 75 GWH through renewable energy measures. The total Co2 reduction per annum is pegged at 87,888 tonne.