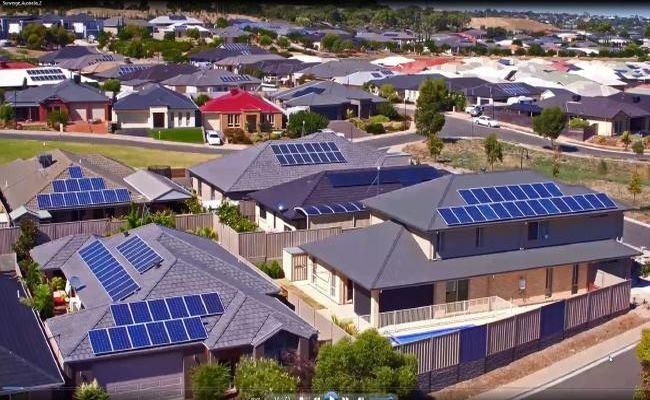 Australia — with its abundant sunshine — has already been a leader in rooftop solar, but the country also has blinders on when it comes to power because it sits on vast reserves of coal — enough to meet all the world’s energy needs for 1,000 years some people claim.

A substantial part of Australia’s economy is tied to mining coal and shipping it to India, China, and other Asian countries. That means that, just like in America, coal plays an important role in national politics.

But Musk (Tesla) and his audacity have caused the scales to fall from the eyes of more people Down Under.

Now, Tesla and the government of South Australia have announced a stunning new project that could change how electricity is generated not only in Australia but in every country in the world. They plan to install rooftop solar system on 50,000 homes in the next 4 years and link them together with grid storage facilities to create the largest virtual solar power plant in history.

The cost of the project will be recouped over time by selling the electricity generated to those who consume it. In principle, it’s quite simple technology. It just requires a smart computer system to stitch it all together. The utility bills for participating households will be slashed by 30%. The installations will begin with 100 households in a low-income housing community which should be completed by the end of June’18.

Tesla’s first grid-scale battery in South Australia and Elon’s innovative thinking (and marketing) paved the way for this virtual power plant plan. Now this new project could have ripple effects that reverberate around the world.