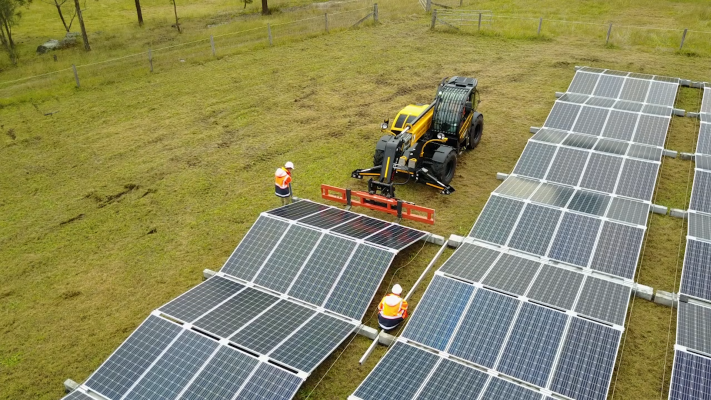 Sydney-based tech start-up 5B has unveiled its pre-fabricated and portable solar technology that it says could be a game-changer for the commercial solar sector in Australia.

The 100 per cent portable and fast to install solar solutions, called Maverick, have been engineered and tested by the team at 5B over a number of years, to be shipped to a project site ready made, and then packed up and moved when no longer needed.

This means that a 1MW ~$1 million capital project, for example, can be built by a team of six in just five-days. And the systems are also made to be battery storage ready.

The innovative concept has also recently received backing from the federal government in the form of a $250,000 grant to accelerate commercialisation.

A 12kW MAV block can be deployed or packed back-up ready for transport in less than 10 minutes. That’s because the product is prefabricated in the factory, which removes the majority of costly on-site installation requirements and reduces project risk.

The system is also readily compatible with energy storage, so businesses can save the extra energy they produce.

This technology will be of particular benefit to large-scale and remote energy, mining and infrastructure projects, as well as power generators and solar farm construction contractors.