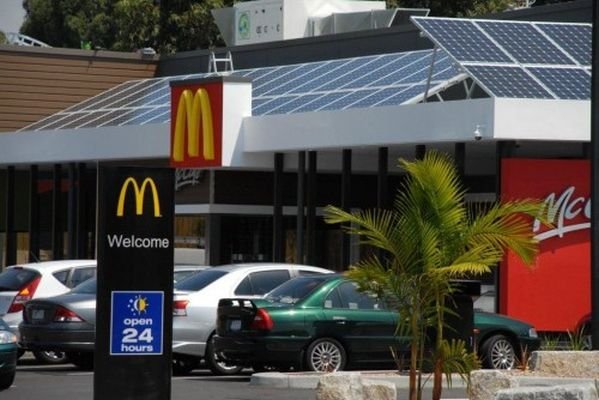 McDonald’s, one of the planet’s most recognizable companies, has become the first restaurant chain in the world to set a green house gas (GHG) emissions reduction target approved by the Science Based Targets initiative — reducing emissions by 36% at all McDonald’s restaurants and offices by 2030 from a 2015 baseline.

McDonald’s revealed that not only would it commit to its new emissions reduction target but that it also intended to commit to a 31% reduction in emissions intensity (per metric ton of food and packaging) across its supply chain by 2030, again on a 2015 baseline, and again approved by the Science Based Targets initiative (SBTi).

The targets are hoped to prevent 150 million metric tons of greenhouse gas emissions by 2030, the equivalent of taking 32 million passenger cars off the road for an entire year, or planting 3.8 billion trees and growing them for 10 years.

McDonald’s will work across its supply chain, offices and restaurants to be more innovative and efficient through improvements such as LED lighting, energy efficient kitchen equipment, sustainable packaging, restaurant recycling, and by elevating and supporting sustainable agriculture practices.

Apart this it will source food responsibly, promote renewable energy and use it efficiently, and reduce waste and increase recycling.