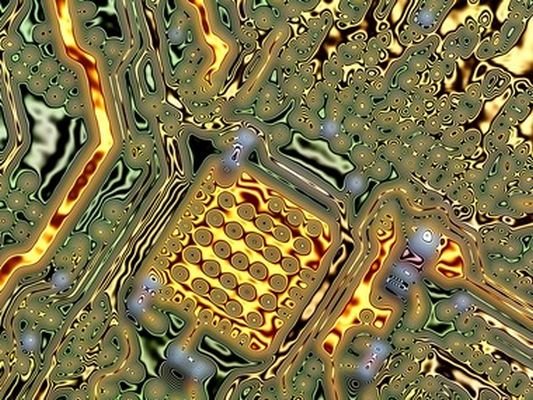 In a development that could boost optical or light-based computing, a group of Indian scientists has developed a photodetector device by integrating sheets of nanomaterials with silicon. The device could be used to develop a switch for optical computing and could also make silicon solar cells more efficient.

Computers, at present, use electronic circuits consisting of transistors – tiny devices which act like an on/off switch for streams of electrons. This is called binary switching. In the same way, optical computing works on switches that get activated with light or beams of photons. Developing a photodetector that works with a wide range of light has engaged scientists in recent years.

Scientists at the CSIR-National Physical Laboratory (NPL) in New Delhi have now developed a photodetector that can operate over a broadband range of light (250 to 1650 nanometers) and displays binary photoswitching behavior over a similar range 250 to 1350 nanometers. Such high-performance level for a multifunctional photodetector has been achieved for the first time, researchers have claimed in their study published in journal Advanced Optical Materials.

“We have tried to overcome this bottleneck by ultra-thinning graphitic carbon-nitride using a versatile and low-cost technique of ultrasonic exfoliation. The ultrathin graphitic carbon-nitride was then integrated with surface modified silicon substrate via two-stage etching process,” explained Dr Prabir Pal and Dr Suraj P. Khanna, who jointly led the research team, while speaking to India Science Wire.

The light absorption was significant over a broad range of spectrum due to reduced dimensionality and large specific area of graphitic carbon-nitride. The overall result was a detector with high photosensitivity as compared to the commercially available counterparts. The device also displayed a novel binary photoswitching (change in current from positive to negative) in response to off/on light illumination. Researchers said the device could be further modified for integration in light-based processors.

“The seamless integration of graphitic carbon-nitride with silicon means it can also be utilized for enhancing the performance of existing energy harvesting devices,” said Dr Khanna.