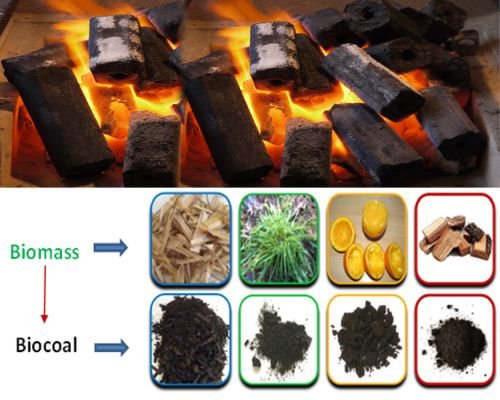 A new type of renewable energy source made from plants and wood waste, called “biocoal,” could reduce dependence on coal and mitigate greenhouse gas (GHG) emissions in power-generation facilities.

The conversion of biomass to biocoal creates a product with similar characteristics to traditional fossil-based coal, making it a viable option for coal consumers looking to reduce their emissions.

It holds real interest for those in Europe and Japan as well as manufacturers in the US looking at sustainability and green approaches to energy.

A biorefinery in India will convert bamboo into biocoal, which will be one of the sources used to fuel a combined-heat-and-power (CHP) plant. Clean Electricity Generation and Stork, a Fluor Co., will build and maintain new biocoal production facilities in Estonia in late 2018. Biomass Secure Power, Inc. has entered into a memorandum of understanding with a Natchitoches, Louisiana power plant and will commence shipping biocoal in the third quarter of 2019.

Biocoal is a product produced by thermally upgrading biomass in an inert environment (no oxygen) at high temperatures. The conversion of biomass to biocoal creates a product with similar characteristics to traditional fossil-based coal, making it a viable option for coal consumers looking to reduce their emissions.

Biocoal can be used as sustainable fuel in power plants and heating installations all over the world, giving a boost to reducing climate change. By using biocoal, it is possible to make existing coal-fired power plants sustainable without any major adjustments.

The use of this product as a substitute for coal can help extend the life of coal-fired power plants while significantly reducing pollutant and carbon emissions. It will not only “Replace Traditional Coal” but will also “Create Rural Jobs.”

However currently it costs more than wind and solar power, so, without a mandate, subsidies, or a spike in natural gas prices, opponents say that its prospects outside of the lab appear to be limited.