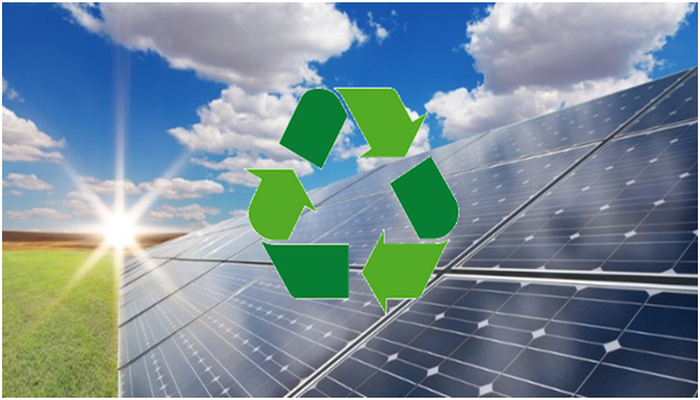 The United States installs 7 million pounds per day of solar panels, according to the National Renewable Energy Laboratory, a pace that secures only fourth place among countries for installed capacity.

Those panels are built to last 30 years, which foretells a huge demand for recycling decades ahead and an increasing demand sooner, as some panels succumb to damage or fall short of their warrantied performance.

Innovation is making it harder to recycle solar panels.

Silver makes up a very small fraction of the mass of a solar panel, but a very high fraction of its value—about 47 percent.

We might think of that as almost half of the incentive a recycler has to recycle a panel. Silver is worth significantly more than other recoverable components—aluminum, copper, silicon and glass.

Manufacturers have been able to reduce silver content by using inkjet and screen printing technologies to replace silver with a combination of copper, nickel and aluminum.

There is a pretty significant decrease in silver which makes recycling more of a challenge from a value perspective, because you have less and less silver to recover from those modules. That raises the prospect that aging panels could end up in landfills. Currently the cost to recycle is high, especially relative to land-filling or other options.