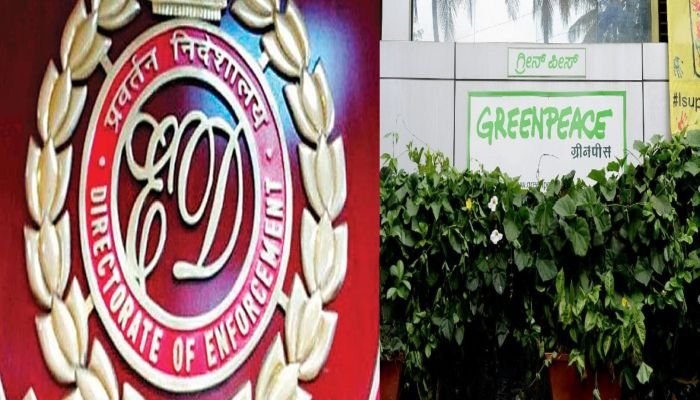 Environmental NGO Greenpeace and its linked entities are facing the wrath of Indian Government. The Enforcement Directorate (ED) has frozen over a dozen bank accounts after it conducted searches at their premises in Bengaluru on charges of alleged forex violations.

The searches, under the Foreign Exchange Management Act (FEMA), were conducted on October 5 in Bengaluru as it was detected that it incorporated a commercial entity called DDIIPL in 2016 after the Union Home Ministry cancelled Greenpeace India Society’s (Chennai) FCRA registration the previous year for alleged violation of norms.

The agency said Ms Direct Dialogue Initiatives India Pvt Ltd (DDIIPL) was created to “facilitate the operational activities of Greenpeace” and claimed that the new entity received FDI of Rs 99 lakh from a Netherland-based organisation followed by another tranche of Rs 15 crore.

Senior executives of the two entities were questioned by ED officials during the searches and subsequently 14 bank accounts, holding over Rs 11.61 crore of DDIIPL and Greenpeace India Society have been frozen under the FEMA.

The ED alleges that DDIIPL spent around Rs 21 crore for its expenses since inception “with no substantial revenue generation so far.”

“Every rupee that goes into Greenpeace India’s environmental work is a donation made by ecologically conscious people in the country.

“Greenpeace India’s work for clean air, promotion of renewable energy, safe food for all and climate change mitigation is carried out with a unique combination of passion and professionalism. We strongly object to attempts of defaming Greenpeace India through false claims and accusations. The ED action was “part of a larger design to muzzle democratic dissent in the country,” the NGO said.