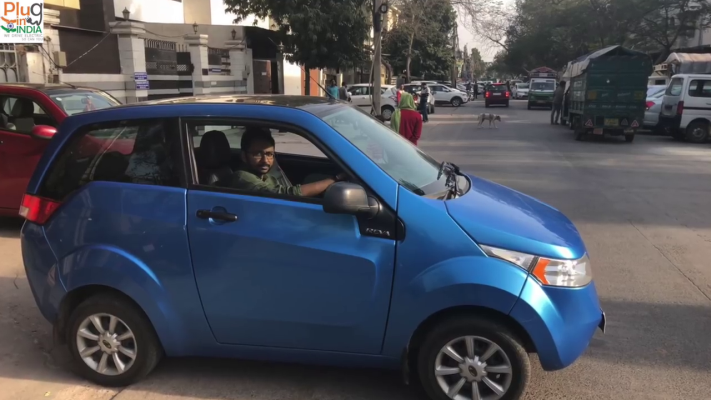 We often read about the experiences of Tesla Electric vehicles (EV) owners and how they are saving big with their EV.

Today we share the story of an Indian EV owners who has completed ‘1lakh’ kilometers in his Mahindra e2o EV.

EV were introduced in India quite a while ago, but their acceptance has been quite low however their are car enthusiasts like Mr Ranjan Ray who have adopted electric vehicles.

He has created a record of sorts by becoming India’s first person to drive 1,00,000 kms (1 lakh) in his Mahindra e2o EV.

Ray had purchased the EV around 4 years ago. Initially he was skeptical but now, after completing 1,00,000 km on his electric car, Ray says that it’s a proud moment for him. He feels a sense of achievement, since he had very few supporters in this journey.

Data also supports his feelings, as the instrument panel indicates that he has saved 8,333 litres of fuel and earned 1050 eco points. He has spent only Rs 70,000 on electricity during the last four years on charging of his Mahindra e2o EV.

During the last 4 years car did develop various issues and collectively it has spent around 6-7 months at the service centre ,so Ray suggests that auto companies need to take inputs and feedback from EV users, so that practical problems can be identified and resolved. Hope Mr.Mahindra is listening.

The battery still works perfectly fine, and he gets around 95-100 km per charge. The 1 lakh km mark was reached in April 2018.