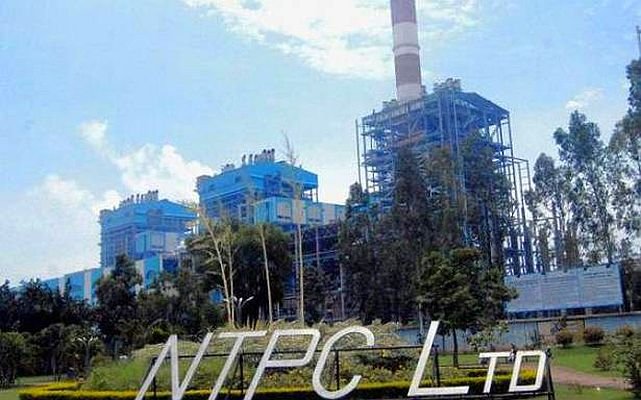 NTPC, India’s largest power producer, plans to start biomass co-firing across all its coal-based thermal power stations in a bid to reduce greenhouse gas emissions and cut pollution, official sources said. Co-firing is the use of two different types of fuel for generation of electricity.

NTPC plans to burn biomass like scrap lumber, forest debris, crop residues, manure and some types of waste residues along with coal to generate electricity.

Biomass can typically provide between 3-15 per cent of the input energy into the power plant.

Sources said NTPC will start procurement of biomass pellets and torrefied biomass pellets/briquettes for co-firing across all its coal-fired power plants and will soon float a tender.

The objective behind the move, they said, is to reduce air pollution caused due to burning of surplus agricultural residue in fields by creating an alternate market for its large-scale utilisation in power plants as well as to reduce carbon emission from coal-fired power plants.

As per ‘Biomass Resource Atlas of India’ prepared by IISc Bangalore in collaboration with the Ministry of New and Renewable Energy (MNRE), India had about 145 million tonnes per year of surplus agro residue (based on survey data of years 2002-04). This surplus agro residue can generate 18,728 MW of electricity.

With coal-based generation of 1,96,098 MW, about 100 million tonnes of agro residue can be absorbed in coal-based power plants with 10 per cent co-firing with non-torrefied pellets while reducing their carbon emission.

However, if pellets of torrefied biomass are used, almost all the surplus biomass can be utilised with even less than 10 per cent co-firing, sources said.

Biomass co-firing has the potential to reduce emissions from coal-fuelled generation, without substantially increasing costs or infrastructure investments.

Research has demonstrated that when implemented at relatively low biomass to coal ratios, there are significant reductions in energy consumption, and solid waste generation, as well as reduced emissions.

Sources said use of biomass co-firing technology generates renewable energy using agro residue based fuel and can be cost competitive with solar and wind power.

While the utilisation factor of solar and wind is low, biomass co-firing can generate energy at the plant load factor of coal-based power plants, they said.

The government is considering financing of agro residue collection and processing equipment to incentivize biomass co-firing.

The total bucket size (maximum quantity to be procured on daily basis) for each NTPC coal-based power station shall be 5 per cent of daily coal consumption, sources said, adding total bucket size, which shall constitute pellets and torrefied pellets/briquettes, would be 0.5 metric tonnes per day per megawatt (MW).

The Central Electricity Authority (CEA) had last November issued an advisory to all public and private generating utilities to endeavour to use 5-10 per cent biomass pellets primarily made of agro residue along with coal.