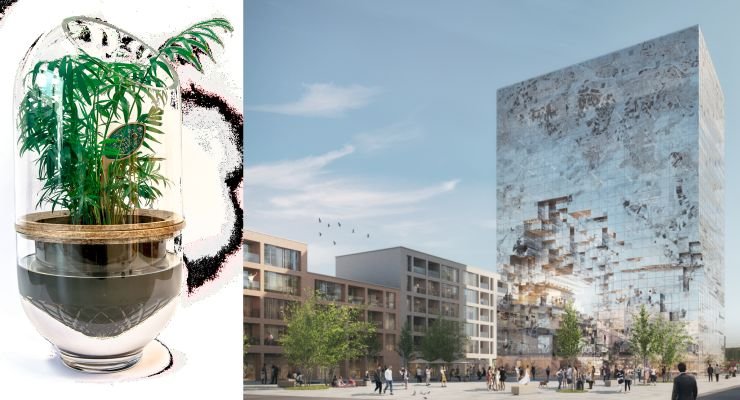 The innovative minds have found unique ways to make the world a little bit better with these sustainable solutions.

…get light from a plant

The Living Light by Dutch designer Ermj van Oers is an off-grid lamp that harvests its energy through the photosynthetic process of a houseplant.

The process is quite simple; the naturally-occurring bacteria, which break down the organic matter produced from photosynthesis, release electrons and protons which flow from the anode compartment to the cathode, producing electricity (okay, it’s a lot simpler than it sounds!).

The lamp is touch-activated through contact with the leaves. The healthier the plant, the more energy you’ll receive back!

She has already began to apply the technology – known as microbial energy – to public spaces, and is collaborating with the municipality of Rotterdam to light up one of its parks.

“The potential is huge. Street lights could be connected to trees. Forests could become power plants. Rice fields in Indonesia could produce food and electricity for the local population.”

…interact with a smart building

In the German town of Esslingen, near Stuttgart, a new kind of structure is being built. “Milestone” is a 6,500m² office building like no other; its partially mirrored façade does a lot more than just keep out the weather.

Milestone is covered in photovoltaics and QR codes that provide information on the town’s history, people and landscape, and within its dedicated smartphone app, you’ll see a kind of pixelated map of the area, with each pixel carrying different information on stories of the city and its inhabitants.