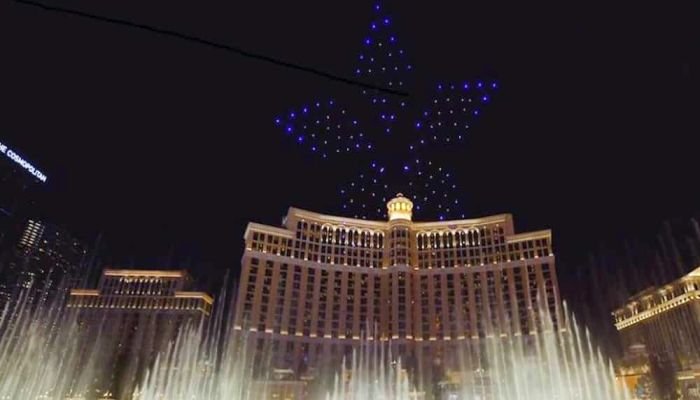 Fireworks have been around for centuries. They create a lot of pollution and noise but people all over the world love it.

Fireworks have been linked to increased in nitrogen dioxide and sulphur dioxide, and contain heavy metals, including aluminium, lead, copper, barium and mercury salts, which give the explosions their vibrant colour but also cause air pollution.

Air pollution is responsible for 467,000 deaths across the European Union each year, according to the European Environment Agency, of which fireworks are a contributing factor.

One in every eight deaths in India is attributable to air pollution in India, making it a leading risk factor for death in the country. This makes air pollution a bigger contributor to the disease burden than tobacco.

The quadrocopter drones, which are made of flexible plastics and foam, were pre-programmed to fly in formation in time to the music as the famous fountain danced below it. They are capable of displaying more than 4bn coloured light combinations, creating animations when flown in unison.

From an environmental and safety standpoint towards explosives, this is a much more amazing way of experiencing an occasion.