Foundation For Electric Vehicles Was Laid Way Back In 1887… 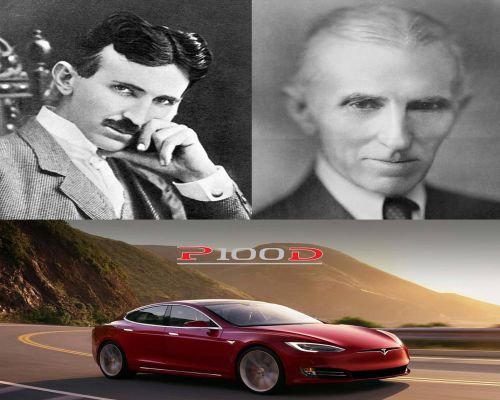 When Nikola Tesla invented the alternating current motor in 1887, he paved the way for the [advent] of the electric vehicle more than a century later.

An electric car is a vehicle that is run by an electric motor. That motor could be powered by electricity from lots of different sources. It could be transmitted by a third rail, overhead lines or induction from lines buried in the roadway and the vehicle may not even have a battery.

It could be from energy stored on board in batteries, ultra capacitors, or flywheels, and it might be called a battery electric vehicle (BEV) Or the electricity could be created on the vehicle with solar cells (solar cars) fuel cells (a fuel cell vehicle FCV or FCEV) or it could be made by a gasoline engine that powers a generator in which case it is probably a gasoline/electric series hybrid.

The theoretical efficiency of a pure gasoline engine is about 28% based upon 87 octane fuel and this is limited by the laws of thermodynamics.

But the electric motor is not limited by the laws of thermodynamics. It is not a “heat” engine and practical efficiencies above 90% have been achieved.

Electric cars not only create less pollution than gas-powered cars, but they often outperform ICE cars off the line. For example, a Tesla Model S P100DL has a mind-blowing 0 to 60 MPH time of 2.28 seconds, arguably the quickest production car available for sale today.

EVs could make gas- and diesel-powered vehicles obsolete by the year 2025, “effectively ending the reign of the internal combustion engine.” Gaining traction, “acceptance of electric vehicles into car culture has already begun.