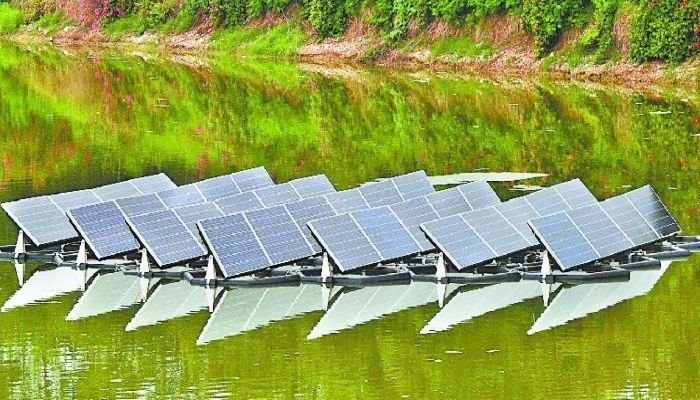 The 1,000MW solar floating plant at Ujani dam in Solapur district has evoked tremendous response with 12 top companies participating in the pre-bid meeting held in Mumbai.

The plant will be developed through a private partner. The discom has finalized ten locations in the dam where panels having total capacity of 100MW would be installed. The power would be supplied to farmers of Solapur and adjoining districts.

The panels would reduce evaporation from the dam and save 1,000 million cubic feet (TMC) water. Moreover, floating panels’ efficiency will be 6 to 7% more than normal ones.

At present, floating solar plants in the country are a rarity, currently the largest plant is in Kerala having a capacity of 500 KW. Maharashtra Energy Development Agency (MEDA) is also developing a 270kW floating plant in Wadgaon dam (district Nagpur).

MSEDCL officials said that it would sign a power purchase agreement (PPA) with the developer for buying power for 25 years. “The maximum rate fixed by us is Rs3 per unit. We may appoint more than one company for the entire project as there are ten sites,” they said.