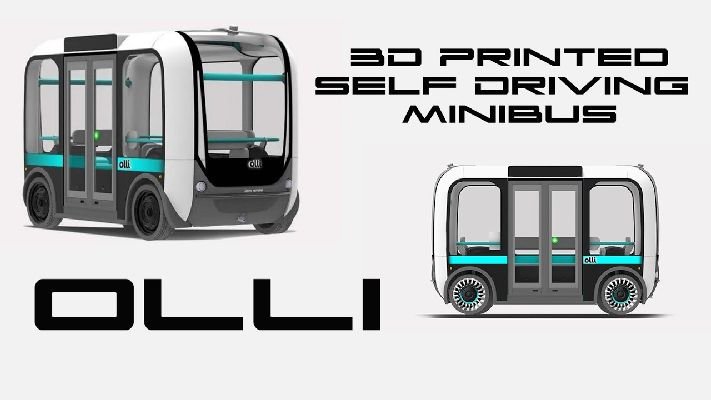 Local Motors of Chandler, Arizona is a world leader in the manufacture of 3D-printed vehicles. It has focused its attention on building the autonomous electric shuttle it calls Olli.

At this moment, Olli self-driving trams are in service in Adelaide, Akron, Seoul, and at the State University of New York at Buffalo.

Now, two Olli shuttles will be dropping off and picking up to 8 students at a time at Sacramento State in California for the next 90 days.

An attendant will be on board at all times to operate an emergency brake if necessary but the autonomous shuttles will stop on their own for potential hazards, using a combination of lidar and radar sensors together with a number of cameras and a pre-programmed GPS map.

During the trial period, both Local Motors and Sacramento State will track the vehicles and gather data on how, when, and where they are used. At the end of the 90-day period, the vehicles will be relocated to another site.

Each Olli has a range of about 35 miles and can be fully recharged in about an hour. The data collected from the Ollis will be analyzed to examine popularity, user experience, and determine whether riders have any apprehensions regarding autonomous vehicles.