An Origami Screen That Turns Your Windows Into Solar Panels 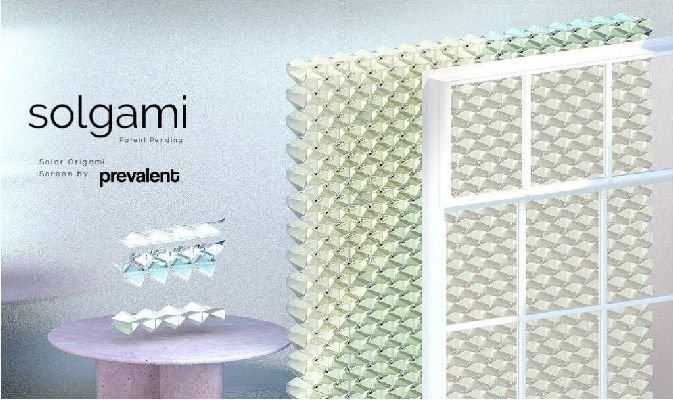 If you live in an apartment, it’s difficult to have solar panels: Your landlord decides what goes on your roof.

But a new design makes solar panels more accessible to those without a roof of their own. Hanging inside a window, the origami-style blinds generate electricity as light reflects against the folds of the panel. At the same time, the geometry of the design brings more natural light inside.

“We’re looking at repositioning the city as a place of production, not just a place of consumption,” says Ben Berwick, an architect and the director of the Australia-based design firm Prevalent, who is currently working with a Japanese manufacturer on a prototype of the design, called Solgami.

Solar on windows isn’t a new idea, and others have created coatings that can go directly on glass. But the alternatives have been inefficient and darken rooms.

Largely, it’s reducing the quality of sun light–why would you put something in your window that’s going to cut your light by 50% just to gain a small amount of electricity?

While a typical solar panel on a rooftop reflects most of the light that hits it back into the sky, Solgami’s shape makes it possible to bounce light between multiple solar panels, generating more power.

The folded shape also provides more surface area; in combination, the design makes it possible to harvest more energy from a window.

Most of the world’s population lives in cities, and that number is growing; the design is one way to allow more people to participate in the global project of transitioning to renewable energy.