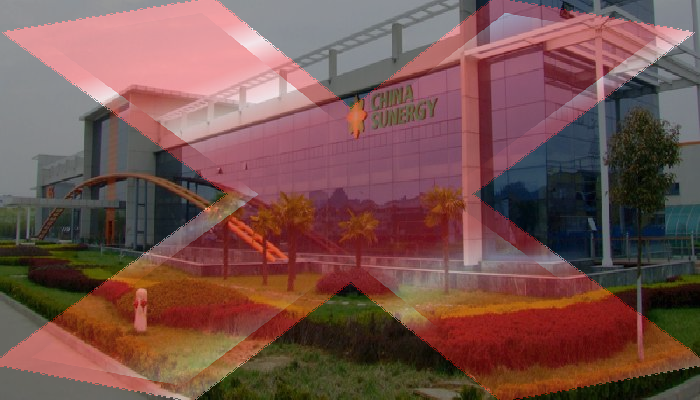 Almost 90% of solar cells and modules used in Indian projects are imported, the bulk of them from China.

However for the first time ministry of renewable energy (MNRE) is considering to blacklist China Sunergy (CSUN), as the Chinese solar module supplier has failed to meet its contractual obligations with local project developers.

The CSUN Group is one of the leading Chinese manufacturers with a production capacity of 1.2 gigawatts.

Solar project developers Acme Solar, RattanIndia and Refex Energy had complained to the ministry that CSUN had failed to honour contracts with them.

According to a petition filed by Acme Solar at the International Arbitration Centre, Singapore, CSUN had agreed to supply it solar modules of an aggregate capacity of 30MW. Acme paid an advance of $2.95 million, which was about 30% of the purchase price or equal to the cost of 9MW of equipment.

CSUN failed to dispatch 9W of modules by the agreed deadline, and did not return the advance either, it alleged. The Singapore arbitration court upheld Acme’s appeal.

Refex Energy and RattanIndia Group also urged the ministry to deny the entry of CSUN’s modules to India.

Acting on this background government of india is going to blacklist this company.