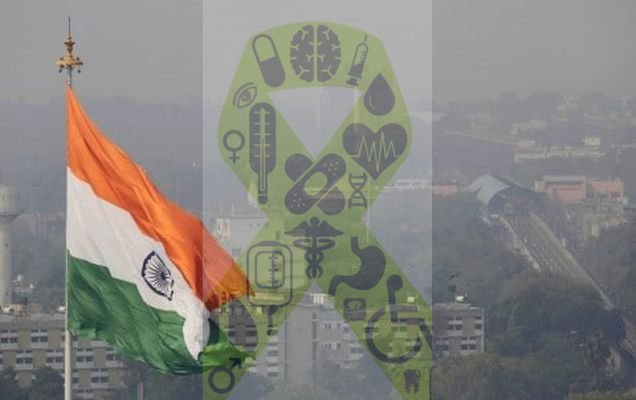 Delhi is reeling under a major public health emergency with the air quality hitting an all-time low.

Air pollution is a major cause of concern in India and can cause issues such as stroke, heart disease, lung cancer, and chronic and acute respiratory diseases.

Statistics indicate that 92% of the world’s population resides in places with air quality that is way below the acceptable standards.

Worsening air pollution has been putting a damper on our short-term happiness — the effect is real. Recent research from the International Food Policy Research Institute [IFPRI] investigates a less tangible yet salient impact of air pollution.

The research conducted in China, found that exposure to air pollution over time reduces hedonic happiness and increases the rate of depressive symptoms.

This adverse impact on mental health and happiness is particularly telling in people who are more concerned with environmental problems, work outdoors, earn lower incomes, reside in more/less polluted areas, or have young children.

For instance, families with under-16 children were found more emotionally vulnerable.

The role of air pollution in loss of productivity is well known. In 2013, the World Bank estimated that pollution razed nearly eight per cent of India’s GDP.

Recent studies have now found a link between mental health and air pollution. There is greater risk of seasonal affective disorders, especially depression, when the whether is smoggy with limited sunshine.

The effects of air pollution on both the lungs and heart have already been quantified to a large extent.

India and China are found to be neck-to-neck in being the most polluted and together share half of all air pollution related early deaths globally.

Each one of us can do something every day to prevent or at least help control the air pollution levels and keep the environment healthy like:-

This will ensure that we are sound not only physically but also mentally.