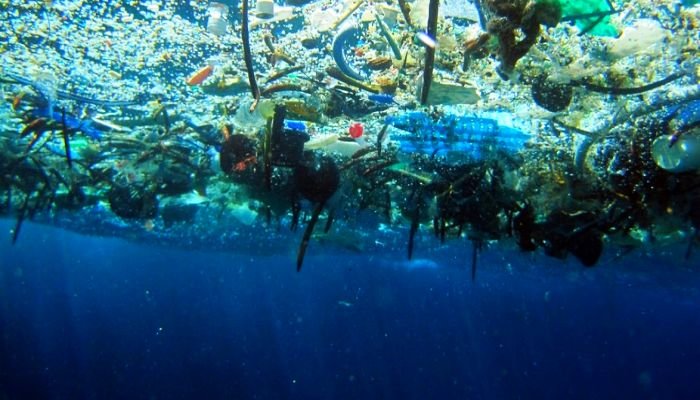 People are aware about animals ingesting plastic but virtually nothing is known about how it affects life-giving bacteria at the base of the marine food chain.

This is the first study to look at how plastic affects Prochlorococcus, which has a global population of three octillion individuals.

These tiny microorganisms are critical to the marine food web, contribute to carbon cycling and are thought to be responsible for up to 10 per cent of the total global oxygen production.

So one in every 10 breaths of oxygen we breathe in, is thanks to these little guys, yet almost nothing is known about how marine bacteria, such as prochlorococcus, respond to human pollutants.

Exposure to these chemicals impaired their function and altered the expression of a large number of genes.

This means that chemicals leaching into the water from waste plastic are stunting the bacteria’s growth at a genetic level — and potentially depriving the Earth of a precious source of breathable air.

The problem is only getting worse, with marine plastic set to outweigh fish by 2050.

The research suggests that plastic pollution is hurting marine life in far subtler ways that could have dire consequences for the entire world’s ecosystem.