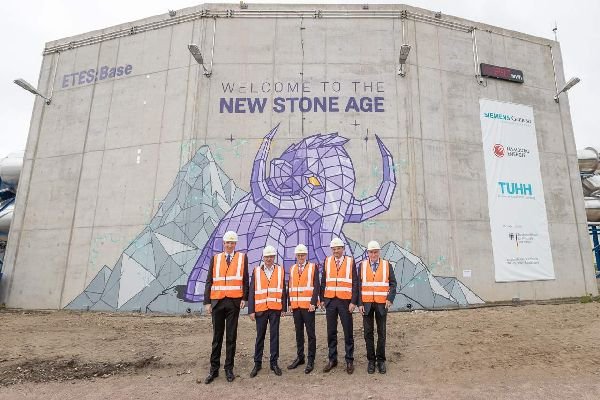 Siemens Gamesa Renewable Energy last week inaugurated operations of its electrothermal energy storage system which can store up to 130 megawatt-hours of electricity for a week in volcanic rock.

Specifically, according to the company, even at the gigawatt-hour (GWh) pilot scale, ETES “would be highly competitive compared to other available storage technologies.”

The heat storage facility consists of around 1,000 tonnes of volcanic rock which is used as the storage medium. The rock is fed with electrical energy which is then converted into hot air by means of a resistance heater and a blower that, in turn, heats the rock to 750°C/1382 °F.

The new ETES facility in Hamburg-Altenwerder can store up to 130 MWh of thermal energy for a week, and storage capacity remains constant throughout the charging cycles.