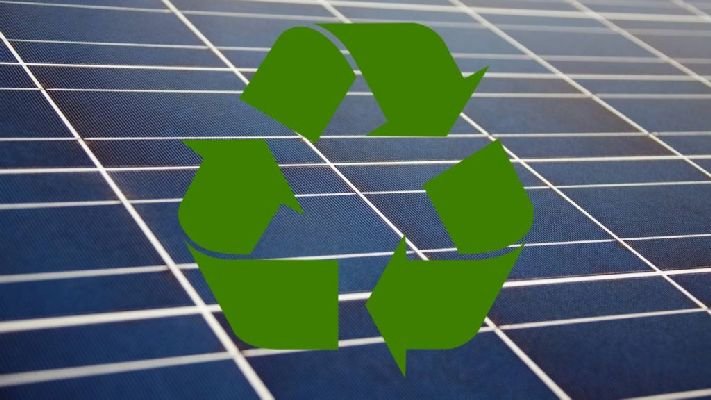 The International Renewable Energy Agency (IRENA) in 2016 estimated there was about 250,000 metric tonnes of solar panel waste in the world at the end of that year.

IRENA projected that this amount could reach 78 million metric tonnes by 2050.

Solar panels often contain lead, cadmium, and other toxic chemicals that cannot be removed without breaking apart the entire panel.

Approximately 90% of most PV modules are made up of glass. However, this glass often cannot be recycled as float glass due to impurities. Common problematic impurities in glass include plastics, lead, cadmium and antimony.

The fact that cadmium can be washed out of solar modules by rainwater is increasingly a concern for environmentalists.

There are many real-world precedent for this concern. Like a tornado in 2015 broke 200,000 solar modules at southern California solar farm Desert Sunlight.

But today recycling costs more than the economic value of the materials recovered, which is why most solar panels end up in landfills.

As per, Toshiba Environmental Solutions, “If a recycling plant carries out every step by the book, their products can end up being more expensive than new raw materials.”

The problem with putting the responsibility for recycling or long-term storage of solar panels on manufacturers, says the insurance actuary Milliman, is that it increases the risk of more financial failures like the kinds that afflicted the solar industry over the last decade.

Wise solar industry leaders can learn from the past and be proactive in seeking stricter regulation in accordance with growing scientific evidence that solar panels pose a risk of toxic chemical contamination.

“If waste issues are not preemptively addressed, the industry risks repeating the disastrous environmental mistakes of the electronics industry.”