A Space Propulsion System That Doesn’t Use Fuel 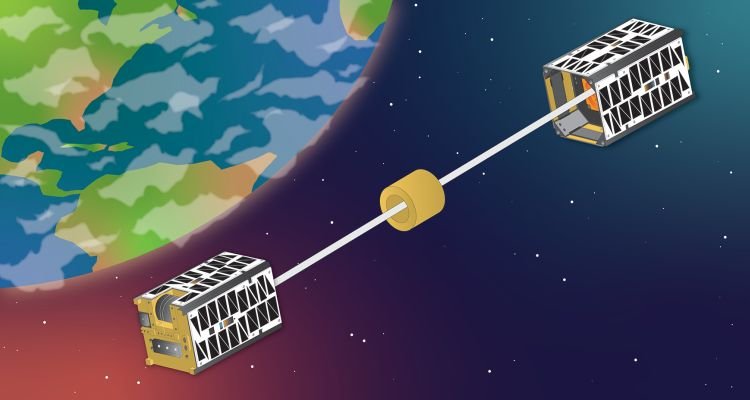 A massive cloud of space junk—containing more than 23,000 pieces larger than 10 centimeters across—is currently zooming around Earth with an average speed of about 36,000 kilometers per hour.

This hazardous clutter will likely pose an increasing threat to space missions and astronauts so U.S. Naval Research Laboratory is planning to test a new ‘Fuel-Free Propulsion’ technology.

In early November the Tether Electrodynamic Propulsion CubeSat Experiment (TEPCE), already in orbit, is set to make its move under the watchful gaze of telescopes on the Hawaiian island of Maui.

Once the crew triggers the process, TEPCE should separate into two identical mini-satellites joined by a kilometer-long tether as thick as several strands of dental floss.

If deployment goes smoothly, by running an electric current through the tether, the satellite can steer itself by capitalizing on the interactions between its own electric field and the magnetic field given off by the Earth.

That interaction gives the satellite a weak push, meaning the satellite could be driven back down to Earth when it’s time to decommission it.