The Blue New Deal: A First Ocean Focused Plan From A Presidential Candidate 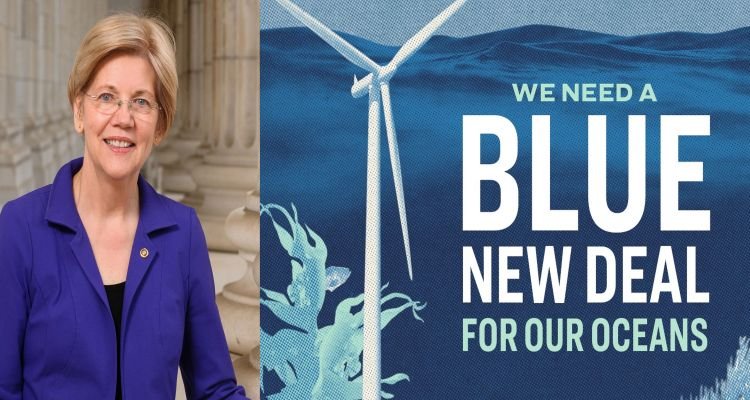 The plan is the first major environmental package focusing specifically on the ocean offered by a presidential candidate.

She envisions a future where our cars don’t run on gas but on the algae growing in our seas. Beyond algae for cars, the plan includes investing in efficient shipping ports and marine protected areas. And it couldn’t have come at a more timely moment.

The Blue New Deal rose to prominence at CNN’s climate crisis town hall in September when a fisherman asked Warren if she’d support such a proposal.

“I like that!” she said during the town hall. “I think he’s got it exactly right.”

Now, barely three months later, the Massachusetts senator is giving us a glimpse of what a bold policy package could look like.

Like the Green New Deal, the policy package includes sweeping environmental protections but also plans to protect and provide job training to oil industry workers who lose their jobs as the nation weans itself off fossil fuels.

She plans on creating thousands of jobs through building offshore wind and investing in regenerative fishing to improve fisheries. But economic growth means little if the most vulnerable in a nation don’t reap those benefits.

Warren’s plan would also wind down offshore drilling that poses a threat to marine ecosystems and the climate, though it doesn’t offer a timeline to do so.

The proposal also includes contingency plans for how to deal with the worsening effects of climate change, like banning public housing from being built near the coastline where it might flood in the future.