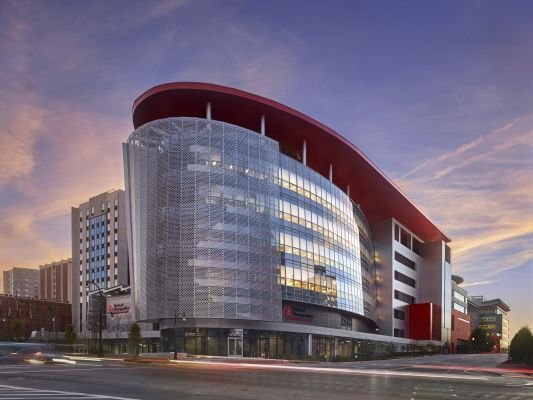 It is hard to build a net-zero building — one that produces more energy than it consumes — in the middle of a city. For one thing, nearby skyscrapers might block sunlight from reaching rooftop solar panels.

For another, urban office buildings are cramped for space, and it generally isn’t possible to set up wind turbines on site.

But Martine Rothblatt, head of United Therapeutics, would not yield when it came to the company’s new headquarters.

When designers warned that erecting a net-zero building in downtown Silver Spring, Maryland would be a formidable task, she replied, “I don’t care. Figure it out.”

The result, a 135,000 square foot building known as the Unisphere, which opened in 2018, is described by the company as the world’s largest commercial net-zero building.

It reaches far beyond the usual accouterments like solar panels and LED lights. Rather, it uses a mix of advanced technologies that make the building fully sustainable.

Its system involves thousands of devices feeding into a powerful computer “nerve center” that tracks energy use and coordinates heating, cooling and other operations.

Windows darken automatically when it’s hot outside and open up to let fresh air flow in. Air circulates through a quarter mile-long concrete labyrinth 12 feet underneath the building, providing passive heating and cooling — the labyrinth tends to be cooler than the air outside in the summer and warmer in the winter.

A pool in the center of the building’s large atrium soaks up excess heat — and can also be used for swimming.

Company officials won’t talk publicly about the cost of creating a net-zero building. But we feel the price wasn’t much more than some of the company’s earlier buildings as most of the technology is off the shelf.