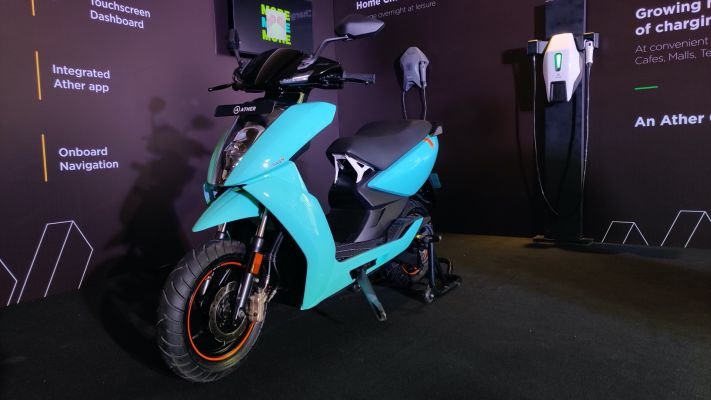 Ather Energy has recently launched the company’s updated scooter, the new Ather 450X, which will replace the existing Ather 450. The 450X will be available in two variants – the 450X Plus, and the 450X Pro, or rather two performance levels, which can be switched according to riding style and different payment plans.

Deliveries for the new Ather 450X will begin from July 2020. The new and improved electric scooter boasts of more performance, more range, better acceleration, as well as new features and technology.

Maximum power is rated at 6 kW (around 8 bhp) and peak torque is rated at 26 Nm. Top speed is still limited to 80 kmph, but acceleration has improved with 0-40 kmph rated at just 3.3 seconds.

The Plus variant retains the same specs as the outgoing Ather 450, but with new colors, and built-in 4G LTE with a new Snapdragon 212 processor.

A new Android Open Source operating system has been introduced to offer a wider range of customization, from developers outside the Ather Energy team.

A new 7-inch Touchscreen instrument panel has a dark-mode for round-the-clock visibility, and Bluetooth smartphone connectivity is offered for monitoring calls, playing music and other features. The instrument panel also features built-in Google maps, as well as a connected mobile app.

Pricing begins at ₹ 99,000 for the Ather 450X Plus, as well as monthly subscription charges of ₹ 1,699 per month, or ₹ 1.49 lakh upfront pricing without subscription.