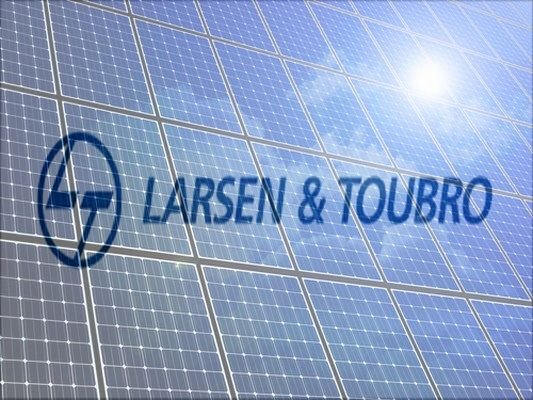 Infrastructure company Larsen & Toubro has announced that its power transmission and distribution business of L&T Construction has bagged significant orders in India and overseas.

In India they have won an order to design and construct a 50 MW Solar Photovoltaic Plant in Tamil Nadu. The company did not provide the value of the contract but said the orders fall under the “significant” category, which ranges between Rs 1,000 crore and Rs 2,500 crore.

In February, the firm had reported that they had won an order in Gujarat to construct a 765 kV Double Circuit Transmission Line that will help transmit power from renewable energy sources.

Another order has been secured to build a 20 MW floating solar power project at a reservoir of NTPC’s Auraiya Gas Power Plant in Uttar Pradesh.

In January, NTPC Ltd has concluded the e-reverse auction for its 1,000 MW of solar projects tender under the Develop Build Demonstrate (DBDT) program, awarding 560 MW capacity to three bidders.

The three bidders that were awarded projects under the tender are Tata Power Solar which won 300 MW capacity after submitting the lowest bid with an EPC quote of Rs 1.925 crore.

Jakson Limited was awarded 110 MW and Larsen & Toubro Limited (L&T) was awarded 150 MW project capacity under the tender after submitting a proposal for 300 MW capacity.