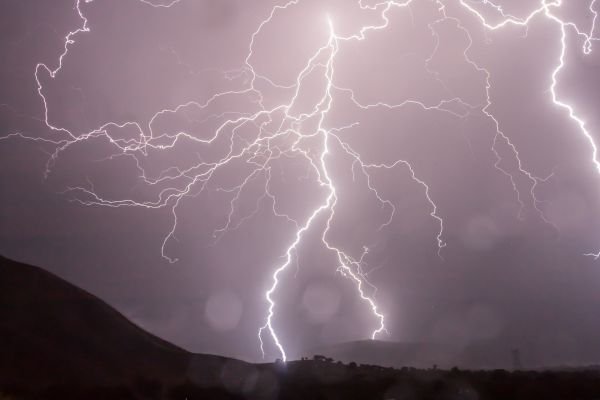 Water vapor (humidity) in the atmosphere has the potential to become a viable source of renewable energy, according to Tel Aviv University research. The research, led by Prof. Colin Price, is based on the discovery that electricity materializes in the interaction between water molecules and metal surfaces.

The basic natural phenomenon behind their discovery is why lightning occurs in nature.

“We sought to capitalize on a naturally occurring phenomenon: electricity from water,” explains Prof. Price. “Electricity in thunderstorms is generated only by water in its different phases — water vapor, water droplets, and ice. Twenty minutes of cloud development is how we get from water droplets to huge electric discharges — lightning — some half a mile in length.”

People know that dry air results in static electricity and you sometimes get ‘shocks’ when you touch a metal door handle. However, in their research, the Tel Aviv scientists found that voltage only developed when relative humidity in the air rose above 60 percent — atmospheric conditions that are extremely commonplace across the globe.

They found that materials such as zinc and stainless steel acquired a charge of about one volt.

So far, the voltage generated in their experiments is extremely low. But if it scales up, they say the phenomenon could be used to charge batteries.

The researchers say the technology could be impactful in developing countries where many communities don’t have regular access to electricity, but humidity is high and so charge harvested from the humidity in the air could eventually be used as a renewable green energy source.