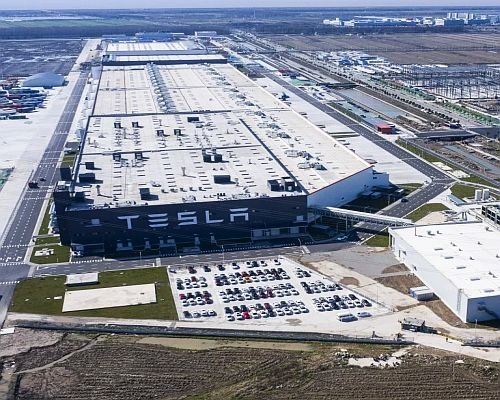 Tesla delivered a record 250,000 cars in 2019. It’s also worth pointing out that the automaker recently began Model Y production faster than originally promised, indicating that the days of missed deadlines and long delays may lie in the past.

Now Tesla says it means to bring the next Gigafactory, in the heartland of Europe’s auto industry, into service by the middle of 2021. If they meet this deadline, it will be doubly impressive as Europe has famous layers of labor and environmental regulations 😉

Their new factories are going up about twice as fast as facilities recently built by legacy automakers.

Following the latest stock surge, they have surpassed Toyota to become the world’s most valuable automaker, and it has a near monopoly on the EV market, which even the auto industry’s old guard concedes represents the future.

Reasons for Tesla’s phenomenal success include its cutting-edge technology, its fanatical customer loyalty, and its passive-aggressive marketing maneuvers.

However, there’s another big factor that’s often overlooked — Tesla’s formidable manufacturing infrastructure, which is continuously expanding in scale and improving in sophistication. As a few savvy observers have noted, it’s all about the Gigafactories.

We know it wasn’t the Model T that created Henry Ford’s fortune — it was the moving assembly line similarly it wasn’t the Camry or Corolla that made Toyota but was the Toyota Production System, the just-in-time manufacturing model.