India To Impose 20% Duty On Chinese RE Equipment Imports 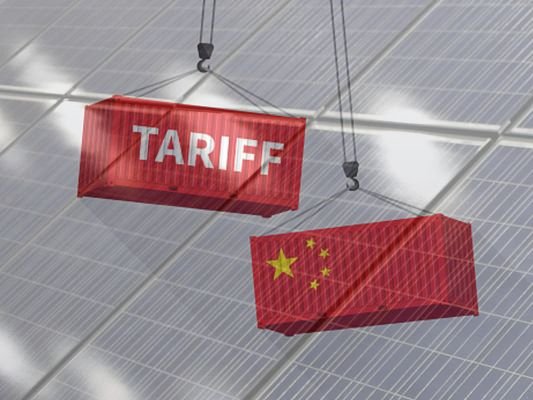 In what will make solar cells, modules and inverters imported from China expensive, India is set to impose a basic customs duty as soon as the safeguard duty, currently in place, expires on 29 July, said two people aware of the development.

To impose this 20% tariff barrier on imports of green energy equipment, the ministry of new and renewable energy will soon write to the ministry of commerce and industry.

According to government documents, the ministry of new and renewable energy (MNRE) was earlier in favor of imposing the duty from 1 April 2021.

To be sure, the Union Budget for 2020-21, presented by finance minister Nirmala Sitharaman earlier this year, had approved an enabling mechanism to raise tariffs on imports of green energy equipment that involved imposing a basic customs duty of 20% on cells and modules.

The fast-growing domestic market for solar components is dominated by Chinese companies due to their competitive pricing. India imported $2.16 billion worth of solar photovoltaic (PV) cells, panels, and modules in 2018-19.

The surge in imports had led the NDA government in its previous term to impose a safeguard duty. Modules account for nearly 60% of a solar power project’s total cost.

Imposition of duty comes in the backdrop of the India contemplating an economic response after the recent violent face-off with Chinese troops.

However to ensure that the already bid out projects and the electricity tariffs quoted are not hit, the government plans to ‘grandfather’ such projects and is collating details along with the tentative equipment import date.