Intel Is Fortifying Its Tech Leadership For Years To Come… 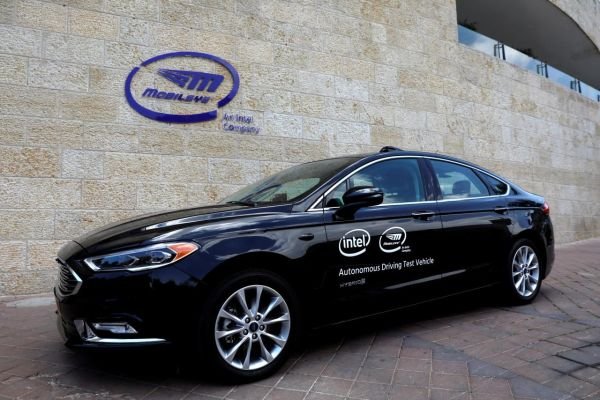 Intel is trying to pull a few key (but large) pieces together in order to remain a tech leader in 2025, 2030, and beyond.

Mobileye supplied Tesla’s first-generation self-driving hardware, until Tesla and Mobileye had a falling out in 2016 and Tesla went ahead and developed its own hardware.

Then, in 2017, Intel acquired Mobileye (for a record $15 billion). Since then, behind the scenes — and sometimes in front of the scenes — Intel has been working feverishly to be a world leader in autonomous vehicles, robotaxis, fully self-driving delivery vehicles, etc.

Apparently, this is all occurring under the wing of Mobileye.

Mobileye’s business model encompasses the entire automated driving value chain, including the front-facing camera that powers most of today’s ADAS, conditional autonomy – also known as level 2+ – and the self-driving system (SDS) for self-driving shuttles and robotaxis as well as consumer autonomous vehicles (AVs).

Mobileye has strong performance in every one of these categories with advanced vision sensing technology, crowd-sourced mapping capability (REM) and the Responsibility-Sensitive Safety (RSS) driving policy.

Taking another step in the direction of robotaxis, Intel recently acquired Moovit.

Moovit is a Mobility-as-a-Service (MaaS) platform company best known for its mobile application that provides public transit and navigation data to simplify urban mobility in 3,100 cities around the world.

In other words, this is already the app many people use to get around the city without a car. It’s used by people riding buses, using bicycle and scooter sharing services, hailing on-demand taxis, and for carsharing.

Moovit has more than 800 million users in 102 countries. It was founded in 2012 in Tel Aviv, Israel, and had 200 employees at the time of acquisition last month.