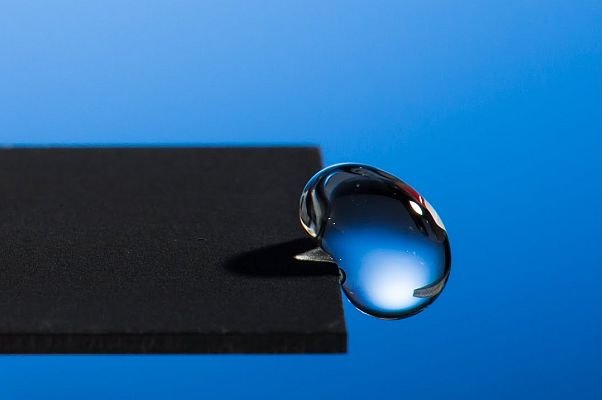 Solar-based water purification is much more effective at reducing contaminants than simply boiling water, but none has been as efficient as a new method developed in the lab of University of Rochester optics that uses laser-etched aluminum panels.

By etching metal with ultrashort laser bursts, Rochester researchers have found a way to use sunlight — a resource that everyone can access — to evaporate and purify contaminated water with greater than 100 percent efficiency without wasting energy.

The laboratory demonstrated how a burst of femtosecond laser pulses etch the surface of a normal sheet of aluminum into a superwicking (water-attracting), super energy-absorbing material.

When placed in water at an angle facing the sun, the surface:

Using sunlight to boil for purification has long been recognized as a way to eliminate microbial pathogens and reduce deaths from diarrheal infections. But boiling water does not eliminate heavy metals and other contaminants.

Experiments by the lab show that their new method of water purification reduces the presence of all common contaminants, such as detergent, dyes, urine, heavy metals, and glycerin, to safe levels for drinking.

The project was supported by funding from the Bill and Melinda Gates Foundation, the National Science Foundation, and the US Army Research Office.